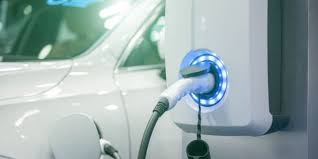 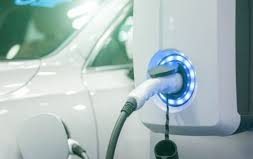 It’s easy to tell people that EVs are the future, but the reality is that they’re currently more expensive and have less range than a gasoline-engined car. But according to a survey conducted by Castrol (yes, the motor oil company), Americans aren’t completely turned off by electric powertrains. They’re just waiting for the prices to come down and the ranges to increase.

According to Castrol’s survey of 1000 consumers and fleet managers, the tipping point for the average U.S. buyer to jump into the EV pool is a vehicle that costs $36,000, has a range of 319 miles, and can charge in 30 minutes. All of these specs seem reasonable, although it’ll probably be a few years before we see vehicles on the road that match these numbers—especially the price.

The vehicle closest to the range of 319 miles on the road now is the 322-mile range of the Tesla Model 3 Long Range, which starts at $48,190, a bit higher than the $36,000 price quoted by Castrol. Of the respondents, 57 percent said that EVs are beyond their budget. Oddly, 65 percent were concerned about the maintenance cost of an electric vehicle, clearly a sign that the news that EVs are cheaper to maintain than gas vehicles hasn’t permeated the minds of U.S. buyers.

On the pricing front, automakers Tesla and GM are both working on lowering the price of the batteries in electric vehicles to make them cost the same as gasoline counterparts. It’ll likely take a few years for that to happen, which, according to survey recipients, is fine. The survey states that while the average U.S. driver would consider purchasing an EV by 2025, 60 percent said they intend to adopt a wait-and-see approach.

The survey was conducted in December 2019 and January 2020, ahead of the global pandemic. So it’s likely that some of the respondents might have changed their minds in the past few months. Plus, there’s a chance that over the next five years, some of those surveyed might be less concerned with a range above 300 miles as they come to the realization that they don’t go on road trips that often and that EVs can be charged at home.

As for why a motor oil company is conducting this survey, Mandhir Singh, chief executive officer at Castrol, said in a statement: “With EV technology constantly improving, the challenge now will be to drive a low-carbon recovery and accelerate the EVolution as quickly as possible. Castrol has been working with the automotive industry to develop unique e-Fluid technology to support EVs, from battery coolant e-fluid, e-greases, and transmission fluids.” That’s why.