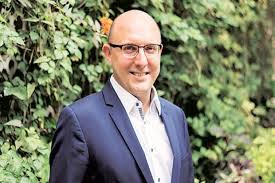 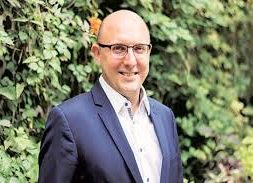 Swissnex India has been promoting the exchange of technology and expertise in renewable energy between the two countries.

Renewable energy and digital transformation are big topics in India. Swissnex India, Consulate General of Switzerland, with a mandate from the Federal Office of Switzerland, has been promoting the exchange of technology and expertise in the field of renewable energy and digital technologies. This comes after a huge push from the Swiss government to find new solutions to replace conventional sources of energy with collaborations in tech hubs of the world, which includes India. In the next 15-20 years, even nuclear energy will be phased out of Switzerland and the licenses will not be renewed for their operation. To find newer solutions, Swissnex India has been bringing a delgation of researchers, academicians, technologists, small and medium businesses to find potential partnerships with Indian counterparts and to have a deeper understanding of Indian governmental policies.

“We’ve been organising events, workshops and tech weeks like Cleantech Week, across India, to prepare both the sides and give them an idea of what’s going on in India and Switzerland in the respective fields,” explains Sebastein Hug, CEO and Consul General, Swissnex India. Hug believes that these activities will help Swiss companies to know the Indian market better and adapt their business models accordingly. The consul also encourages angel investors from both sides to directly participate in its programmes, to assess and invest in both Swiss and Indian startups. While there are other governmental entities to take care of business outcomes in Switzerland and in India, Swissnex India focusses on the engagements and follows up after the business activities, which Hug says is the hardest part.

Hug believes that India and in specific, Bengaluru, have a lot to offer on energy and analytics. Bringing Indian expertise in these fields to Swiss technology startups has been the primary focus of Swissnex India. The other area of focus is electric mobility. Swissnex India aims on having discussions over building sustainable business models around renewable fuel technologies and battery technologies with Indian startups. Some of the other key technologies that are being explored for business potential are drone technology, digital healthcare, lifesciences, Virtual Reality (VR) and fintech.

Hug states that the prevalent perception of the Asian market in Switzerland is that if it’s Asia, then it has to be China. He attributes this to China’s capability to allocate huge budgets and approach Swiss universities for research and collaborations, which eventually result in business deals. As the Consul General here, he says that his role through Swissnex India is to change this perception and position India as a land of opportunities. He cites Swiss Re, a Swiss reinsurance and insurance company which has changed the perception of India from being an outsourcing hub to an innovation centre. Established in 2001 with 20 employees, Swiss Re today has 1000 employees and is one of the five technology innovations centres of Swiss Re’s global network. Similarly, ABB, a Swiss-Swedish multinational in robotics and heavy electrical sector, has its R&D centre in India today.