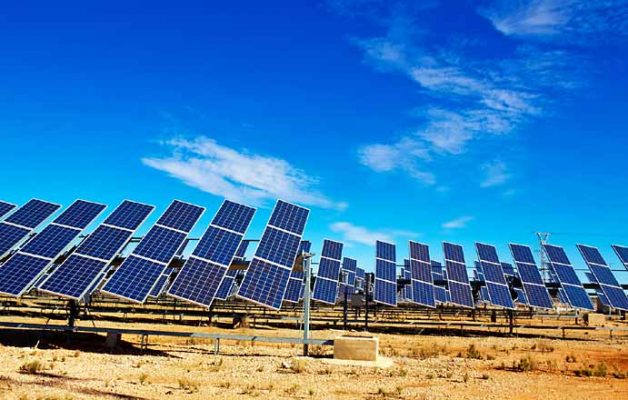 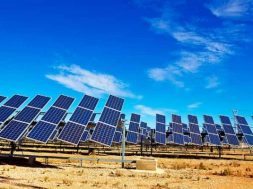 Hyderabad: Telangana has been in the forefront in tapping renewable energy and has taken several initiatives to improve electricity availability through such sources. Solar has become a thrust area for the State and in line with its continued focus, it is now going to add 129 MW capacity through Solar Photovoltaic (SPV) power plants in four locations. 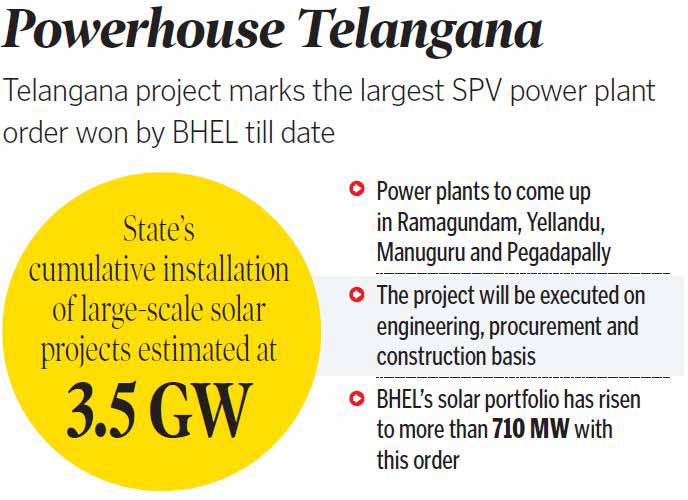 The plants are to be set up at four locations in Telangana – Ramagundam (50 MW), Yellandu (39 MW), Manuguru (30 MW) and Pegadapally (10 MW), on engineering, procurement and construction (EPC) basis.

Telangana has introduced a dedicated State Solar Policy in 2015 to boost solar power generation in the State and create an ecosystem for renewable energy.

With this order, BHEL’s solar portfolio has risen to more than 710 MW. BHEL has more than three decades of expertise in solar photovoltaic products and services backed by a dedicated R&D setup. The company has established capability in major segments of the PV value chain that includes solar cells, PV modules and power conditioning units and systems.

BHEL has also enhanced its manufacturing lines of solar cells and solar modules. In addition to this, the company is assembling space-grade solar panels using high efficiency cells at its Electronic Systems Division, Bengaluru.

In addition to solar photovoltaic products, BHEL offers complete EPC solutions from concept to commissioning for both off-grid and grid-interactive SPV power plants in various parts of the country including Lakshadweep and Andaman & Nicobar Islands.

tags: Telangana to take up massive solar project
45
previous Gujarat to add 15,000 MW of renewable power by 2022 - Minister
next In the matter of: Extension of the Control Period and the applicable Solar tariff in respect of the Joint Electricity Regulatory Commission (Grid Connected Solar Power Regulations)-2015.