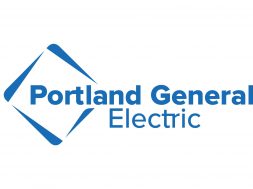 PORTLAND : Portland General Electric (NYSE: POR) and its customers are celebrating a decade of being the nation’s leaders in renewable energy during this year’s National Clean Energy Week. With more than 204,000 customers voluntarily enrolled in its Green FutureSM program, the U.S. Department of Energy’s National Renewable Energy Laboratory recently announced in its 2018 rankings that PGE has the largest participation in a renewables program of any U.S. electric utility for the tenth year in a row.

PGE received NREL’s No. 1 ranking for the highest number of business and residential renewable energy customers, with nearly twice the number of the second ranked electric utility. Over the 20‑year life of the program, Green Future customers have chosen low-carbon, renewable energy in support of a clean energy future for all.

“Oregonians are at the forefront of the transition to clean energy,” said Maria Pope, president and CEO of PGE. “We’re grateful that nearly a quarter of business and residential customers are choosing renewable power to combat the effects of climate change and invest in innovative clean energy solutions.”

The Green Future renewable energy program helps put more clean, local renewable energy onto the electric grid. In addition, the program gives back to communities by funding renewable energy projects through the PGE Renewable Development Fund. To date, the fund has contributed $14 million in grants that support projects benefiting local communities, including a 302-kilowatt solar array that is being installed at the Beaverton Public Safety Center. The solar panels are expected to cover 40% of the building’s annual energy usage. The city will apply its cost savings to the center’s operations budget, making more funds available to better serve Beaverton residents. Additionally, the solar panels will operate as part of a microgrid which is designed to support uninterrupted emergency services to the community after a major earthquake or disaster.

As a fully integrated electric company, PGE can seamlessly integrate and deploy the technologies that enable cleaner, more affordable and equitably distributed energy across the largest system in Oregon. PGE’s energy mix is currently 40% carbon-free as the company advances its goal to reduce greenhouse gas emissions 80% system-wide.

About Portland General Electric Company: Portland General Electric (NYSE: POR) is a fully integrated energy company based in Portland, Oregon, serving approximately 888,000 customers in 51 cities. For 130 years, PGE has been delivering safe, affordable and reliable energy to Oregonians. Together with its customers, PGE has the No. 1 voluntary renewable energy program in the U.S. With 3,000 employees across the state, PGE is committed to helping its customers and the communities it serves build a clean energy future.