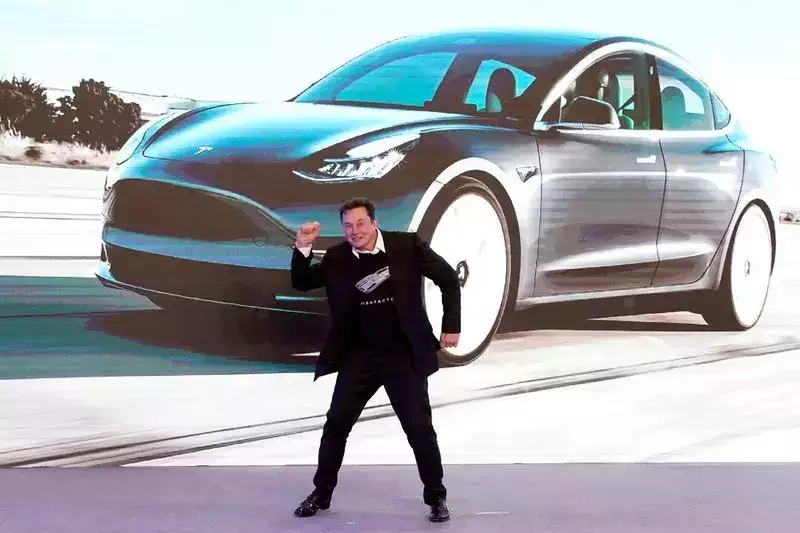 The electric car maker set production and delivery records in the quarter, with the auto industry upstart’s Model 3 becoming the best-selling premier sedan in the world, according to chief executive Elon Musk.

New York: Tesla reported a jump in first-quarter profits Monday on surging electric vehicle sales, and the manufacturer said it was on track to boost automotive capacity at factories in three countries.

The electric car maker set production and delivery records in the quarter, with the auto industry upstart’s Model 3 becoming the best-selling premier sedan in the world, according to chief executive Elon Musk.

“We’ve seen a real shift in customer perception of electric vehicles and our demand is the best we’ve ever seen,” Musk said on an earnings call.

“Only three and a half years into production and with just two factories, for Model 3 to be out-selling its combustion engine competitors is quite remarkable.”

Musk’s electric car company has faced questions in recent days following a fatal car crash in Texas and sharp criticism of the company on social media in China.

But Monday’s results were strong as Tesla essentially maintained its output from the fourth quarter despite “multiple” challenges that included the semiconductor shortage that has roiled the auto industry worldwide.

The company reported first quarter profits of $438 million compared with $16 million in the year-ago period, following a 74 percent rise in revenues to $10.4 billion.

“If there was any doubt whether Tesla is ‘over the hump’ of being a successful start-up company, I think it’s gone now.”

Tesla suggested it had escaped the worst of the semiconductor supply crunch, which has temporarily curtailed production at rival companies, by being technologically adaptive.

Tesla, which was co-founded by Musk with the mission of remaking the automotive market, noted the stream of new electric models unveiled by rivals including Detroit’s “Big Three” automakers, and US President Joe Biden’s promotion of electric car usage.

“We believe consumer confidence in electric vehicles continues to increase and more customers are willing to make the switch,” Tesla said.

“We are moving as quickly as possible to add more production capacity.”

Tesla said a production ramp-up in Shanghai is “progressing well,” while a new factory in Germany remains “on track” for production and deliveries in late 2021. A new factory in Texas also is on pace to begin production this year, the company said.

While the earnings topped estimates, the company has faced scrutiny over its “Autopilot” technology following crashes.

Last week, two federal agencies said they would investigate a fatal accident involving a Tesla that apparently had no one in the driver’s seat. That announcement was followed by a story in Consumer Reports in which testers demonstrated that a Tesla could be fooled into driving with no one behind the wheel.

Tesla has been working with investigators, and a study of the wreckage indicated there was someone at the wheel at the time of the impact, according to vice president of vehicle engineering Lars Moravy.

“We were able to find that the steering wheel was indeed deformed, leading to a likelihood that someone was in the driver’s seat at the time of the crash,” Moravy said

Tesla’s auto-steer feature was not engaged, he added.

Tesla also found itself in a firestorm in China last week after a woman wearing a t-shirt with the brand’s logo and the words “brake failure” climbed atop a Tesla model at the Shanghai Auto Show, yelling that she was nearly killed when the brakes on her Tesla malfunctioned.

Tesla pledged to cooperate with an investigation launched by the city of Zhengzhou, where the woman is from.

Shares of Tesla fell nearly 2.5 percent in after-hours trading, with one analyst attributing the slip to a lack of a clear projection on production expectations for this year.