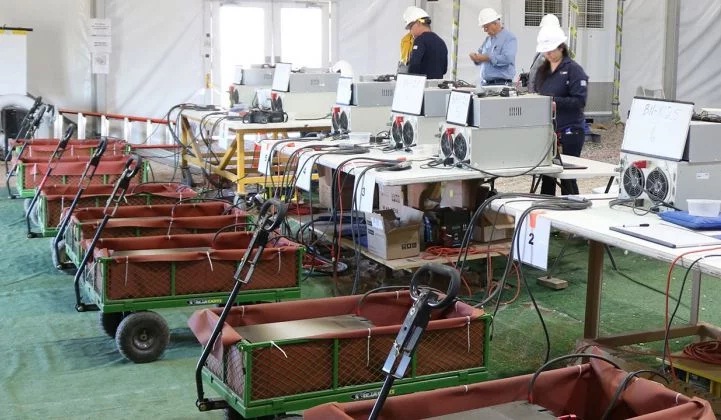 The Arizona Battery Explosion Is Changing Conventional Wisdom on Safety 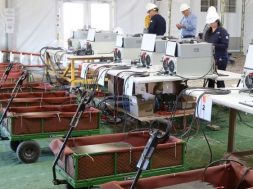 The Arizona Battery Explosion Is Changing Conventional Wisdom on Safety

Six months later, GTM gets an exclusive update from APS and Fluence on an event that’s forcing a new look at grid battery engineering.

It’s been nearly six months since an explosion ripped through a grid battery near Phoenix and upended the industry’s understanding of the technology’s safety.

The McMicken conflagration injured first responders and marred the safety record of the U.S. energy storage industry. The ability to store wind and solar electricity is crucial to the continued growth of clean energy, but the fire showed the risks of battery storage, even when handled by highly experienced professionals.

Utility Arizona Public Service has invested heavily in understanding and operating batteries, well ahead of most of its peers. Fluence, which took the McMicken system online in 2017, helped kick off the industry and has operated since 2008 with a clean safety record (previously as AES Energy Storage).

Inexperience, then, did not play a role in this fire. Neither did any obvious technical malfunction.

“Things worked, by and large, the way they were intended to work; we still had an event,” Fluence COO John Zahurancik told GTM. “So we’re now analyzing…the combination of things that led to this.”

New details are emerging, after the parties had to invent a painstaking technique to safely remove the burned up battery cells from the otherwise functional batteries surrounding them. The wreckage has finally arrived at a forensic lab in Michigan for detailed analysis.

But the investigation is already reshaping how APS thinks about lithium-ion technology. APS remains committed to a massive expansion of lithium-ion battery facilities to store Arizona’s cheap and abundant solar power. The findings will guide new safety frameworks there, but will also inform the industry’s growth around the country and the world.

The fire already delayed battery projects in Arizona, and has jammed safety to the top of the agenda in sales conversations with other utilities. U.S. utility-scale storage deployments are on track to underperform against expectations this year, although other market factors make it hard to isolate the effect of the fire.

It’s safe to say that the expected doubling of U.S. storage installations in each of the next two years will depend on whether or not the industry moves decisively to solidify confidence in battery safety following the Arizona failure.

“I don’t think it’s realistic for any of us to think that we’re never going to have another lithium-ion battery failure,” said Scott Bordenkircher, director of technology innovation and integration at APS. But, he added, the industry must ensure that such events never again harm humans. “That’s the part that we need to be able to eliminate, that secondary event of having an explosion that, in our case, injured the firefighters.”

To meet that standard, conventional battery safety engineering will have to change.

The fire was isolated

The parties have not released the cause of the fire, but they quickly identified where it occurred: one particular rack, containing 14 battery modules. The monitoring systems detected a voltage drop across those modules, followed by an increase in temperature.

The good news was that, due to the system design or some other factor, the fire did not spread from one rack to the next, which would have drastically expanded the fuel for the fire.

The problem, as far as the investigation was concerned, was that the burned rack stood about halfway down the container, and the racks surrounding it maintained a state of charge around 90 percent, Bordenkircher said. Put another way, 1.5 megawatt-hours of stored electricity stood between investigators and their key evidence. But because the facility had been exposed to high heat and high-pressure explosive force, the utility determined a conventional discharge would be too risky.

“There was no way we could take a chance with using the normal wiring and the normal circuitry,” Bordenkircher said. “We had to very carefully approach the situation and discharge all the battery modules that were in there, in order to get crews in to do forensic retrieval.”

The team had to invent the procedure as it went along, because no grid battery facility had faced this particular situation before.

“There was absolutely no playbook,” Bordenkircher noted.

The crews approached each rack and removed the wiring, then walked the modules out of the container, hooked them up to a thermal bank and discharged them. Monsoon season hit during this effort, so APS erected a giant tent to protect the site from the elements.

After about nine weeks of labor and 364 modules being removed, the crew extracted the problem rack, which had “pretty much melted itself all together” into a column of aluminum, Bordenkircher said. The rack has been disassembled and shipped to the forensic lab in Michigan, where it began undergoing a series of tests this week.

The McMicken disaster unfolded in two distinct but related events. First, a single battery rack caught fire and burned — an occurrence that battery engineers refer to as thermal runaway. Second, an explosion rocked the enclosure when first responders opened the door.

While the forensics lab seeks answers on what sparked the fire, a separate line of inquiry hopes to establish what gaseous materials built up in the facility and fueled the explosion. Preliminary results from that modeling exercise could be ready in the next couple of weeks, Bordenkircher said.

“The battery module itself did not blow up or explode,” Bordenkircher explained. “It was really the gases inside the container got to a point where they then exploded.”

Public discussion of battery safety tends to focus on the fire risk, namely that lithium-ion cells pack a lot of energy into a tight space, and if an electrical short or some other failure disrupts the usual flow of power, their flammable components can combust and keep burning until the fuel runs out.

The rest of the country did not follow suit, for two main reasons.

New York City authorities were writing safety codes to put batteries in an extremely dense urban environment; indeed, the abundance of caution has made battery installations there extremely rare and time-consuming. Storage facilities located in the desert or on utility property, far from population centers, have a different risk profile.

Additionally, ventilation counteracts the dominant fire suppression techniques, which flood a confined space with aerosol suppressants to choke out flames. Opening a vent to release explosive gases could fuel a fire with more oxygen, and allow the fire to escape the containment zone.

Following mainstream industry practice at the time, McMicken did not include venting. It came loaded with fire suppression and the relevant sensors to trigger it, but it lacked the ability to detect the buildup of explosive gases specifically.

“Clearly, this event has been a catalyst for a better understanding of potential failure modes,” Bordenkircher said. “Absolutely, this will cause design and engineering changes as we go forward.”

Those changes will probably include some form of venting, but the trick is engineering a system that can both contain and suppress fires before they get out of control, and safely eliminate explosive gases if they arise.

“The engineers will have to do their heavy lifting on that and figure out how to put all the pieces together,” Bordenkircher said.

APS had two other operational battery systems supplied by Fluence, and it grounded both of them in the aftermath of the McMicken fire. Festival Ranch, a twin to the McMicken plant, and the Punkin Center facility both still remain in hibernation, disconnected from the grid.

Festival Ranch was scheduled to move anyway, so the utility was not counting on its performance. Punkin Center, on the other hand, was designed to supply a remote desert community with peak power, in place of a more expensive wires infrastructure upgrade. Its capabilities were missed during the summer peak season, but APS had anticipated possible battery downtime and included a connection for a diesel generator onsite.

“We didn’t have to turn off [power to] any customers, but we did have to run the diesel generator some,” Bordenkircher said.

That scenario alone says something about the value of redundant planning as battery storage takes on more prominent duties in grid operations.

Fluence similarly advised customers elsewhere with battery systems of a similar vintage to lower their output in the early aftermath of the April incident, Zahurancik said. Fluence has since reduced those operational limitations based on its examination of the battery components and system integration. It also sent safety bulletins to customers with advice on additional precautions.

The company has already updated its control systems so that a broader set of warning signs now trigger an emergency shutdown, Zahurancik noted.

Major battery manufacturers — McMicken used cells supplied by LG Chem — have also expanded their database of warning signs based on investigations of the many battery fires in South Korea over the last couple of years.

Fluence brought in outside experts to review all of its designs. So far, Zahurancik said, the analysis has found that the designs were prudent, but they are examining additions to ensure greater safety.

APS still plans to install 850 megawatts of energy storage by 2025, one of the most ambitious build-out targets by a utility to date. But APS paused the first set of contracts until it can stipulate any necessary safety updates from the get-go. That includes a landmark deal with Invenergy, which was about to be signed when McMicken combusted.

More specifics on what the safer path forward looks like should be available by the end of the year.