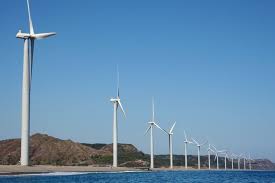 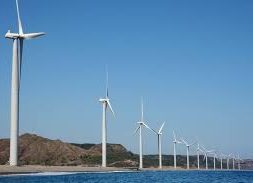 Like the rest of the global economy, the energy sector has been tested by the COVID-19 pandemic, with its unprecedented slow-down challenging traditional growth thinking. It has had to recalibrate to become more efficient and accommodate increasingly frugal investors and consumers. This was also true in the Philippines, especially during the first three months of lockdown, when electricity demand dropped by 17 percent from pre-ECQ levels. During this period, electricity generation from biomass increased, while production from geothermal, hydro, solar and wind slightly decreased (~2-4 percent). Notably, coal’s share dropped by almost 19 percent (Wholesale Electricity Spot Market, 2020).

These changes in supply and usage further illustrate the need borne out of the science and profound opportunity thanks to advancing technology and evolving consumer choice to rethink energy generation.

In the Philippines, coal remains a significant source for energy generation – 41 percent of the total compared to renewables’ 30 percent (DOE, 2019). While coal has been the conventional source for ‘baseload’ (providing steady supply of electricity throughout the entire day) there is growing evidence that direct renewables are a better option for power supply globally.

First, the cost of renewable energy has fallen off a cliff. Since 2010, the cost of solar power has fallen by 85 percent and wind power by 49 percent. In fact, the construction of solar facilities is now cheaper than constructing new coal power plants in two thirds of the countries of the world, and in all ASEAN countries. Solar is also quicker than coal to get up and running.

Second, the risk of investing in dying fossil fuel technology. Carbon Tracker study suggests that by 2030, it will be cheaper to build new renewable energy sources than continuing to use existing coal in Southeast Asia. In China, source of much of the region’s coal imports, Bloomberg modelling suggests this tipping point will arrive in 2024. When that happens, coal plant assets will become ‘stranded’ and their continuing operation will simply be a drain on resources. An earlier Institute for Energy Economics and Financial Analysis (IEEFA) study projected $9.5 billion in new stranded assets if investment in coal continues. So if you’re an investor considering coal, I urge you to think again.

Third, given the Philippines has a balance of trade deficit ($37 billion in 2019, of which 7 percent is from coal importation), a shift to clean power is good for energy security and ensures businesses and consumers are not held hostage to the global price volatility that has become synonymous with fossil fuel supplies.

Fourth, renewables have the potential to create employment in the industries of the future (50 percent more jobs than coal), attract international investment and improve public health.

The good news? With the Philippines’ vast renewable sources, investors have the opportunity to accelerate transition to clean energy by investing in solar, onshore/offshore wind and storage, especially that electricity demand will increase as the country’s economy begins to reboot from the COVID-19 pandemic. Renewable energy technologies, with their numerous advantages, have great potential to meet the needed capacity of 43,765MW by 2040.

As the first major economy to legislate for net-zero (by 2050), the UK has seized the opportunity. We have committed to ending use of coal power by 2024. In 2012, our electricity generated from coal was also 40 percent. In 2019, it was down to 2.2 percent. Between April and June 2020, the UK went 67 days without using coal power.

We can truly say that energy transition is attainable, and can contribute to a competitive power sector that can enable socio-economic development with co-benefits of an improved environment. In the process, the UK’s power generation shifted to renewables – wind (offshore and onshore) and biofuel – as well as gas. Now, our clean power industry supports over 400,000 jobs and is growing faster than our GDP.

On Dec. 12, we celebrate the 5th anniversary of the Paris Agreement and also fire the starting gun on the count-down to the next UN global climate change review hosted by the city of Glasgow in November 2021. We are all in a race to seize the opportunities for energy transition, for a green recovery from the pandemic and to net zero. It is a race none of us can truly win alone nor one that as a global community we can afford to lose. So, on behalf of the British Government, I restate our commitment to working in partnership with all Philippines’ stakeholders, unwavering in our support towards a clean, resilient, sustainable and brighter future.