Home India The renewable energy transition is coming to Asia, despite COVID-19: IEEFA 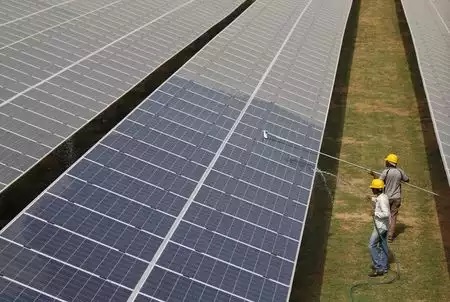 The renewable energy transition is coming to Asia, despite COVID-19: IEEFA 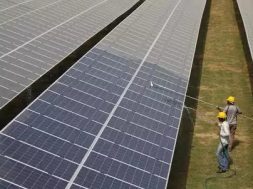 The renewable energy transition is coming to Asia, despite COVID-19: IEEFA

It added that while South and Southeast Asia have been renewables laggards, Asia is nevertheless on the cusp of a dramatic pivot

New Delhi: The global energy transition is well underway and coming to Asia despite the current global economic shutdown due to the COVID-19 pandemic, according to a latest study by the Institute of Energy Economics and Financial Analysis (IEEFA).

It added that while South and Southeast Asia have been renewables laggards, Asia is nevertheless on the cusp of a dramatic pivot. Recent developments across India, China, Japan, South Korea, Vietnam and Taiwan highlight the potential for change.

“India imported some $250 billion worth of fossil fuels in 2019, both a massive economic drain and a major energy security risk. Leveraging renewable energy resources allows for domestic diversification away from imports and helps reduce energy security risks,” IEEFA said.

According to the study, in 2016-17, India’s then energy minister Piyush Goyal had accelerated the use of online reverse auction tenders for the supply of renewable energy for a term of 25 years with zero indexation, backed by bankable central government contracts.

“In one year, the price of tariffs dropped by 50 per cent to below Rs 3 per kilowatt-hour. This price was 30 per cent below the cost of existing domestic thermal generation and 50 per cent below new imported thermal power. Since then, India has taken advantage of global investor interest to invest $10 billion annually in renewable infrastructure,” it added.

IEEFA said that in the last decade, India has scrapped plans to build 600 gigawatts (GW) of new coal-fired power plants, including 46 GW in 2019 alone. While, the country’s stranded asset losses for the thermal power sector have reached $60 billion.

India is targeting 450 GW of renewable energy capacity by 2030.

The study said that the transition is being driven by renewable energy technology that disrupts incumbent industry business models, much like the rise of the mobile phone and the internet.

IEEFA added that the technology disruption is fundamentally reshaping the global energy landscape. A key impetus is the dramatic, ongoing deflation in the cost of solar energy and battery storage. Both have seen costs drop 80 to 90 per cent over the last decade and we expect both to halve again in the coming decade.