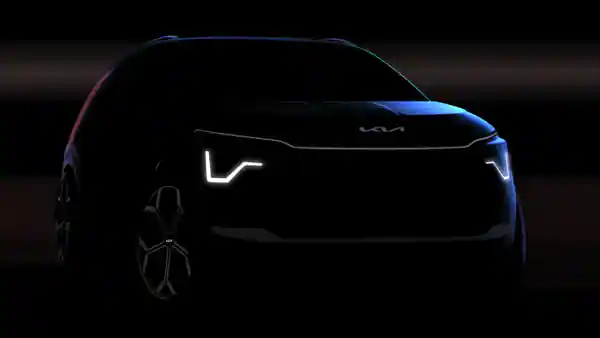 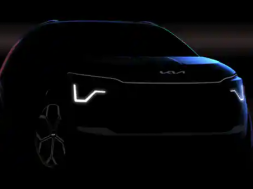 Kia Niro electrified compact crossover vehicle has been teased ahead of its debut on November 25. The new model will inherit the design elements of the 2019 HabaNiro concept.

Taking note from the teaser images, 2022 Kia Niro’s shows off LED daytime running lights that are almost similar to HabaNiro and will also feature vertical taillights that are shaped like a boomerang.

It is being suggested that Niro’s interior will be entirely different compared to the concept car as it will come with a side-by-side screen that is common in recently introduced Kia products. However, Kia Niro will retain separate controls for climate settings.

One can also observe that the cabin resembles Kia’s EV6 model. The new model will be based on the platform that was originally utilised for vehicles that featured combustion engines, unlike the E-GMP-based electric crossover. Kia has not shared many details on technical as well as physical specs although the new model will come in hybrid, plug-in hybrid and fully electric variants. Kia Niro will be unveiled at this year’s Seoul Mobility Show on 25 November 2021.

Kia recently revealed its new electric vehicle, EV9 which is a midsize three-row SUV that comes with a low-poly body, rear suicide doors and much more. It is based on E-GMP platform and the battery has been mounted on the floor. the automaker claims that the electric vehicle will give the user a range of 482 km. Kia informed that it has opted for sustainably sourced materials for the interiors of EV9 as the electric SUV features vegan leather surfaces along with flooring that has been recycled from fishnet.

0
0   0
previous Govt encouraging EVs, but will not stop ICE vehicles registration: Gadkari - EQ Mag Pro
next Own an old diesel vehicle? You can retrofit it with an electric kit in this city - EQ Mag Pro