To shift India from fossil fuel system to clean energy system, NITI Aayog study is a must

To shift India from fossil fuel system to clean energy system, NITI Aayog study is a must

The NITI Aayog must carry out a detailed study on what will be required to shift from the incumbent fossil fuel energy system to a clean energy system based on ‘horizon’ technologies.

New Year’s Day is an opportune occasion for reflection and re-emphasis. I do just that in this article. I summarise below 10 energy-related suggestions that I made last year, in part to remind and in part to influence the government’s future agenda. The underlying energy conundrum is how to square the circle between the government’s commitment to provide universal access to affordable and reliable energy, on one hand, and the imperative to weaken the linkage between economic growth, energy demand and environmental degradation, on the other. The former requires the securing of ‘dirty’ fossil fuels. The latter a focus on ‘clean’ renewables. The conundrum exists because both fossil fuels and renewables have to be part of our energy solution. The conundrum can be tackled by establishing an integrated planning process that factors in the implications of decisions concerning fossil fuels on renewables and vice-versa, and by developing a policy mindset that enables the fulfilment of short-term objectives without compromising longer-term goals. The short-term challenge is to correct the imbalances in the energy value chain, to minimise avoidable losses and to create a unified energy market. There is currently, for example, surplus generating power capacity, but approximately 40% of the country still faces power shortages and/or has no access to electricity. There is a potpourri of 100 varying power tariffs. There are leakages across the transmission and distribution chains.

The government is familiar with the problems and knows what needs to be done. But they have difficulty implementing the solutions because of competitive Centre-state politics, status-quo-driven vested interests and lack of resources. There is no easy answer on how they can overcome these obstacles, but the ‘successful’ conclusion of GST offers a direction. The government could contemplate something similar for the energy sector—a nationwide system that condenses the existing variances into a simplified, transparent and national regulatory, tariff and policy platform. The medium- to long-term challenge is to redesign and restructure the institutions of energy governance to enable and facilitate holistic energy planning and an integrated energy market. As a first step in that direction, the government should consider legislating an omnibus ‘energy responsibility and security act’. This will raise public awareness of the embedded interconnections between the various components of energy and between energy and the rest of the economy. Cities are the reasons for surging energy demand and air pollution. The government should devolve energy administration of cities to autonomous and constitutionally safeguarded ‘city energy ombudsmen’.

These ombudsmen should be empowered to tackle issues related to energy efficiency, demand conservation, waste management, urban redesign and transportation, and to develop and implement focused, small-scale and distributed solutions. India imports more than 80% of its crude oil requirements. The international oil market is, therefore, a matter of strategic and commercial significance to the country. Currently, this market appears to be a no man’s land. Analysts cannot make up their mind whether prices will breach $70/barrel or fall below $50/barrel. Their discussion centres around geopolitics (the impact, in particular, of the volatility in the Middle East?), the sustainability of the OPEC-Russia agreement to cut production (will it hold or breakdown?), the elasticity of response of US shale to higher prices (how quickly will the ‘shut in’ production reach the market?) and demand. Irrespective of the eventual trend, India should hedge against unexpected volatility. The growing energy bonhomie between Russia and China and their increasing engagement with the energy sector in the Middle East presents India with both an opportunity and a threat. An opportunity is to move into the space vacated by the US.

Russia and China are looking to fill that space, but they do not have the ‘soft power’ that India can exercise. Also, the opportunity to resurrect economically-compelling projects of mutual interest to all three countries (viz. transnational gas pipelines). The threat is that China will use its economic weight to secure oil on preferential and exclusionary terms to the possible detriment of India’s supply relations. China’s and Russia’s growing involvement in the Middle East is one further reason to pro-actively reduce our import dependence on this region. Exploration and production is a long-gestation, capital-intensive and high-risk business; India does not have undiscovered reserves of ‘low-cost, easy oil’. And oil is a tradable (i.e. it can be bought on the high seas). So, we need to ask whether ONGC should remain a predominantly petroleum exploration and production company or broaden its footprint to become a world-class energy company, and whether it should contemplate integration with not just the downstream petroleum companies but also the renewable companies. Aside from the business logic, these questions have relevance, given the desirability of creating an integrated energy system. The government has set itself ambitious, if not audacious, targets for renewables and electric vehicles.

To give itself a reasonable chance of success, it will have to invest in the supportive infrastructure (for example, grid system, charging network, etc), regulations (for example, standardised protocols), skills and innovation. A cross-country analysis of 104 technologies across 161 countries by two Dartmouth economists concluded that it takes almost 45 years for countries to fully adopt a new technology. The NITI Aayog must carry out a similar detailed study on what will be required to shift from the incumbent fossil fuel energy system to a ‘clean energy’ system based on ‘horizon’ technologies. India does not have the luxury to develop now and ‘clean up’ later. Given the long lead times involved in transiting from one energy system to another, it needs a ‘bridge’ fuel. Natural gas is that fuel. Unfortunately, GAIL has been stymied in its efforts to create a national gas pipeline grid by jurisdictional, land use, financial and bureaucratic hurdles. The Prime Minister cut through this tangled undergrowth in Gujarat and created a state-wide pipeline grid. He should now bring the weight of his office and experience to do the same, nationally. 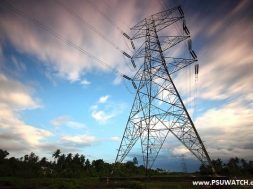