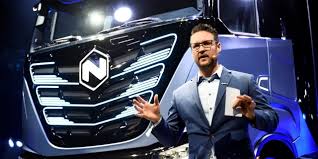 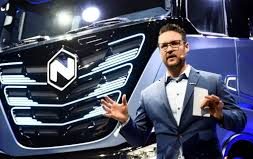 Trevor Milton, the founder and chief evangelist of the Arizona-based electric car startup Nikola Corp, was forced to quit as the executive chairman of it board amid serious allegations that he indulged in willful misrepresentation of the company’s battery and fuel cell technology to investors.

The company announced that Trevon Milton will be replaced by Stephen Girsky, a former General Motors Co. executive who already sits on the truck company’s board.

Trevor Milton’s departure comes within days of Nikola being investigated by the regulators U.S. Securities and Exchange Commission (SEC) as well as the Department of Justice (DoJ) for securities fraud in light of a damning report by Hindenburg Research in early September.

On Sep 8, shares of Nikola surged 53% after General Motors announced it’s taking an 11% stake in the electric truck maker and will collaborate with the startup to produce its marquee hydrogen fuel cell electric pickup truck the Badger by the end of 2022. Under the deal, GM will also become the exclusive supplier of fuel-cell technology for Nikola’s upcoming Class 7 and 8 semi trucks.

Nikola fuelled such enormous investor interest that its market capitalisation at a point of time this year exceeded that of automobile behemoth Ford. Nikola has never sold a single vehicle but was valued at over $30 billion. Ford sold over 5.5 million vehicles in 2019 (estimated revenue of $115 billion) but valued around $28.8 billion. over this year, whereas

In a scathing report it released on Sep 10, short-seller Hindenburg called Nikola an “intricate fraud,” alleging that the company made widespread false statements and several misleading claims about its technology.

Hindenburg said that it has gathered extensive evidence—including recorded phone calls, text messages, private emails and behind-the-scenes photographs—detailing dozens of false statements by Trevor Milton. The short-selling firm also added that it never seen this level of deception at a public company, especially of this size.

The report accused Nikola of staging a video called “Nikola One in Motion” which showed the semi-truck cruising on a road at a high rate of speed. “Our investigation of the site and text messages from a former employee reveal that the video was an elaborate ruse—Nikola had the truck towed to the top of a hill on a remote stretch of road and simply filmed it rolling down the hill.” the report noted.

After the publication of Hindenburg report, the company’s share prices have plunged though the market capitalisation remains above $10bn

In a lengthy rebuttal to Hindenburg, Nikola rubbished the allegations and termed the report “false and misleading”. Nikola said it has contacted the Securities and Exchange Commission, as it believes the Hindenburg report was designed to manipulate the market.

In its respose, Nikola did not dispute that a 2018 promotional video giving the impression of a self-driving truck in action actually just showed the truck rolling downhill. Nikola “never stated its truck was driving under its own propulsion in the video,” the company said.

Nikola also calimed that the Hindenburg report, and the opportunistic timing of its publication shortly after announcement of Nikola’s partnership with General Motors Co. and the resulting positive share price reaction, was designed to provide a false impression to investors and to negatively manipulate the market in order to financially benefit short sellers, including Hindenburg itself.

Nikola also said it had “proactively contacted and briefed” the SEC about Hindenburg’s report, claiming it was designed to manipulate the market to benefit short sellers. In a statement, Nikola said it “welcomes the SEC’s involvement in this matter.”

The company also said that during 2021it will begin testing a pre-production version of Nikola Two, a hydrogen-electric powered semi-truck for the medium and long-haul trucking sectors, with more than 1,000 horsepower and 2,000 ft. lbs. of torque.

Trevor Milton’s penchant for resorting to hyperbole in order to generate hype for Nikola has drawn comparison with the disgraced CEO of Theranos, Elizabeth Holmes.