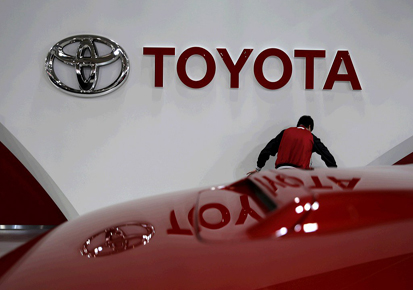 Toyota Showcases Its Range Of Green Vehicles In India 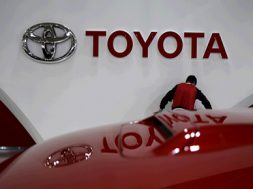 Toyota Showcases Its Range Of Green Vehicles In India

Toyota Kirloskar Motor has displayed its range of electric and electrified vehicles in India which inludes models like the Toyota Mirai FCEV, Aqua Hybrid, Camry Hybrid and the Electric eQ.

There’s growing interest in the green mobility space in the country and there are more coming very soon. MG Motor India unveiled the ZS electric SUV was unveiled just yesterday and even Hyundai has announced to expand is green mobility portfolio in India with fuel cell electric vehicles after the Kona EV and now Toyota too has displayed its green vehicles in this space in the country. The company organized an explanation, demonstration and driving experience camp of electrified vehicles which included the hydrogen cell powered Toyota Mirai and hybrid vehicles like the Aqua and Camry along with the electric eQ.

Shekar Viswanathan – Vice Chairman and Whole-time Director, Toyota Kirloskar Motor said, “Having sold 14 million units of EV, we have achieved a CO2 Emission Reduction of 113 million tons globally. As one of the world’s leading car manufacturers, we take seriously our responsibility to help protect the environment. That means creating vehicles which have as little impact as possible on the natural world around us. It is not just a matter how they perform when they are driven on the road; we believe it is just as important to find cleaner, sustainable ways of making vehicles and disposing of them when they reach the end of their useful life.”

The Toyota Camry Hybrid has been on sale in India for some generations now and has contributed more to the sales compared to the petrol model, while the Mirai fuel cell and Aqua are sold only in some of the overseas markets and there is no information about there India launch yet. Toyota has also been one of the pioneers in the electrified vehicle segment with the Prius and 1996 and then the Mirai in 2014. Toyota took the wraps off the 2021 Mirai FCEV earlier in October this year which is built on a new rear wheel drive platform and offers 30 per cent more range. It is powered by a fuel cell that generates its own electricity from hydrogen and oxygen, with water as the only tailpipe emission. While the company has not given any confirmation on the India launch of these vehicles, the demonstration indicates that the Japanese carmaker may be considering including these models in its India line-up at a later date.