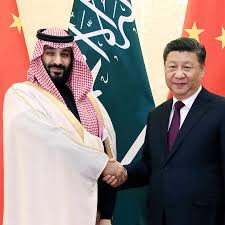 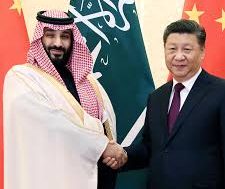 Intelligence agencies are scrutinizing whether the kingdom’s work with China to develop nuclear expertise is cover to process uranium and move toward development of a weapon.

American intelligence agencies are scrutinizing efforts by Saudi Arabia to build up its ability to produce nuclear fuel that could put the kingdom on a path to developing nuclear weapons.

Spy agencies in recent weeks circulated a classified analysis about the efforts underway inside Saudi Arabia, working with China, to build industrial capacity to produce nuclear fuel. The analysis has raised alarms that there might be secret Saudi-Chinese efforts to process raw uranium into a form that could later be enriched into weapons fuel, according to American officials.

As part of the study, they have identified a newly completed structure near a solar-panel production area near Riyadh, the Saudi capital, that some government analysts and outside experts suspect could be one of a number of undeclared nuclear sites.

American officials said that the Saudi efforts were still in an early stage, and that intelligence analysts had yet to draw firm conclusions about some of the sites under scrutiny. Even if the kingdom has decided to pursue a military nuclear program, they said, it would be years before it could have the ability to produce a single nuclear warhead.

Saudi officials have made no secret of their determination to keep pace with Iran, which has accelerated since President Trump abandoned the 2015 nuclear deal with Tehran. Crown Prince Mohammed bin Salman pledged in 2018 that his kingdom would try to develop or acquire nuclear weapons if Iran continued its work toward a bomb.

Last week, the House Intelligence Committee, led by Representative Adam B. Schiff, Democrat of California, included a provision in the intelligence budget authorization bill requiring the administration to submit a report about Saudi efforts since 2015 to develop a nuclear program, a clear indication that the committee suspects that some undeclared nuclear activity is going on.

The report, the provision stated, should include an assessment of “the state of nuclear cooperation between Saudi Arabia and any other country other than the United States, such as the People’s Republic of China or the Russian Federation.”

An article in The Wall Street Journal on Tuesday said that Western officials were concerned about a different facility in Saudi Arabia, in the country’s northwest desert. The Journal said it was part of a program with the Chinese to extract uranium yellowcake from uranium ore. That is a necessary first step in the process of obtaining uranium for later enrichment, either for use in a civilian nuclear reactor or, enriched to much higher levels, a nuclear weapon.

Saudi Arabia and China have publicly announced a number of joint nuclear projects in the kingdom — including one to extract uranium from seawater — with the stated goal of helping the world’s largest oil producer develop a nuclear energy program or become a uranium exporter. 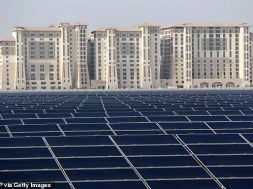 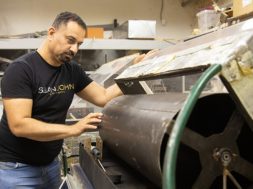 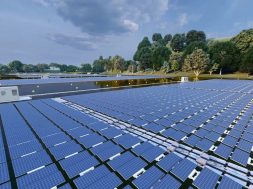