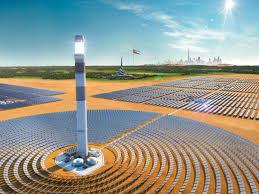 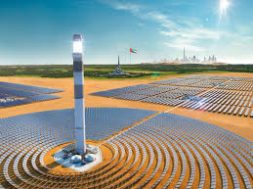 Dubai : The UAE, which is set to sign a peace agreement with Israel on Sept. 15, may cooperate with Israel in the fields of water desalination and solar power as OPEC’s third largest oil producer seeks to generate 44% of its power from renewable energy by 2050, the country’s energy minister Suhail al-Mazrouei said.

The UAE is the first member of the Gulf Cooperation Council to seek a peace deal with Israel, which has two other such pacts with Arab countries Jordan and Egypt, besides the Oslo peace accords with the Palestinians. The GCC also includes Bahrain, Qatar, Oman, Kuwait and Saudi Arabia.

Both the UAE and Bahrain are due to sign on Sept. 15 peace agreements with Israel in Washington and US President Donald Trump expects more Arab countries to normalize ties with Israel.

The UAE is undertaking various solar projects in a bid to diversify its energy mix and free up oil and gas for export. It wants to generate 50% of its power from clean and renewable energy, including nuclear power, by 2050.

Abu Dhabi, the oil-rich emirate in the seven-member UAE federation, plans to generate about a third of its power from clean energy, including nuclear power, in four years, Awaidha al-Marar, chairman of the Abu Dhabi Department of Energy told S&P Global Platts in an interview on Sept. 13.

Abu Dhabi has also been making headway in solar projects and its 2 GW al Dhafra solar project achieved in June a then-record low tariff of 1.35 cents/kWh.

The Dubai Electricity & Water Authority this year awarded Saudi Arabia’s ACWA Power the 900 MW fifth phase of the Mohammed bin Rashid Al Maktoum Solar Park, a project that aims to have 5 GW of solar power by 2030 at a cost of Dirham 50 billion ($13.6 billion).

The UAE became the first Gulf country to generate power from nuclear energy this year with the start-up of one of its four nuclear reactors. Once all plants are operational, they will produce 5.6 GW of nuclear energy, meeting up to 25% of the country’s power needs.

Israel’s energy ministry announced in June a Shekel 80 billion ($23.3 billion) plans to boost the share of solar energy in the energy mix due to energy demand surge and population growth.