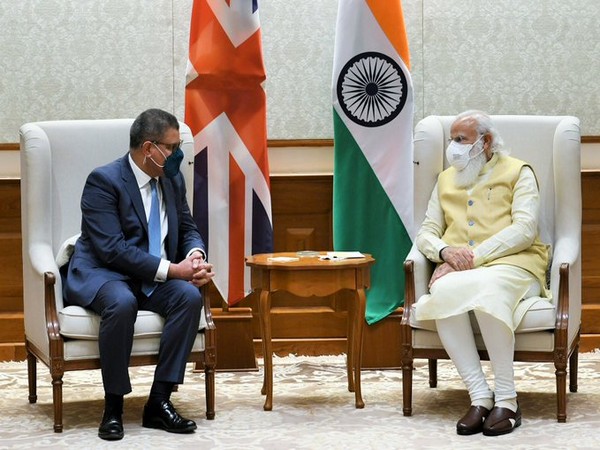 According to an official statement issued by the British High Commission, Sharma congratulated PM Modi on his personal leadership on climate action and his recent commitment to deliver 450GW of renewable energy by 2030.

He also welcomed Prime Minister Modi’s global leadership in setting up the International Solar Alliance and the Coalition for Disaster Resilient Infrastructure, which the UK co-chairs.

“I am inspired by the resolve I have seen this week across Indian Government and wider society to tackle the impacts of climate change. This visit has bolstered our already strong partnership with India which is important as we look ahead to COP26,” he said.

He further added, “I firmly believe that powerful action from India will be a catalyst for change, encouraging others to be more ambitious in their approaches to protecting both people and planet.”

This was his first visit to Asia as full-time COP26 President. He used this opportunity to build on the positive work India and the UK are doing together ahead of COP26 in Glasgow this November.

He talked to business leaders, highlighting the opportunities presented by a low carbon economy, and encouraging influential businesses such as Dalmia Cement to promote their efforts to introduce science-based net zero emissions targets, as per the statement.

During his visit to India, Sharma also met senior leaders from the Indian Government including Minister of External Affairs, Subrahmanyam Jaishankar, Minister of Power and New and Renewable Energy, RK Singh, Sherpa to the G7 and G20, Suresh Prabhu, and India’s lead climate negotiator, Minister of Environment, Forest and Climate Change, Prakash Javadekar.

Sharma and Javadekar discussed a number of initiatives being driven forward by India to reduce emissions and adapt to cope with the impacts of climate change, the British High Commission said.

“We want to use COP26 to drive forward a global shift towards renewable energy, and so I am delighted to have seen this pioneering UK-India climate collaboration in action,” the COP26 President said.

“India is showing impressive leadership when it comes to renewable power and I hope other countries will look to this example and think big ahead of COP26. India’s expertise will be of tremendous value to global discussions around clean energy transition,” he added.

During his visit, Sharma emphasised the need for partners around the world to meet their climate finance commitments.

His visit follows those of the UK Foreign Secretary Dominic Raab and International Trade Secretary Elizabeth Truss and paves the way for British Prime Minister Boris Johnson’s visit later this year, during which climate cooperation will be a focus.