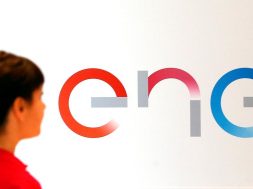 MILAN: Europe’s biggest utility Enel painted an upbeat outlook after posting a strong rise in earnings in the first six months driven by its green energy and network businesses.

The two businesses, down to absorb 80 percent of 27 billion euros of investments over the next three years, helped drive a 13.4% jump in ordinary core earnings to June to 8.76 billion euros ($9.70 billion), in line with consensus.

Its development investments in the period grew 33% to 2.5 billion euros with more than two thirds earmarked for green energy.

“We are building and developing over 7 gigawatts of renewable capacity, which is expected to contribute around one billion euros in EBITDA per year,” Starace said.

Starace, who said the group would make a bigger push on consolidating minorities in coming years, said he was ready to make small- and medium-sized acquisitions, mainly in grids.

“We remain skeptical about strategic life-changing M&A in the next few years since they seem to be extremely problematic in Europe… and extremely dilutive,” he said. ($1 = 0.9038 euros)