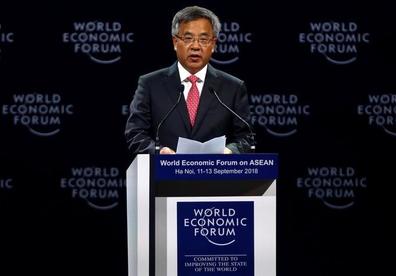 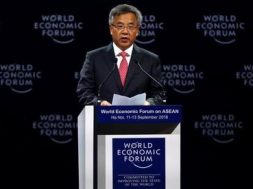 MADRID: Spanish energy company Iberdrola said on Tuesday it will speed up its investment plans, the majority of which will be spent on its networks and renewables businesses, as part of its four-year strategy to 2022.

The leading global wind energy producer said total spending in the period will amount to 34 billion euros ($38.61 billion), higher than the 32 billion euros it expected to spend.

Of the total figure, 47 percent will be poured in to the regulated network business and 40 percent into green assets.

In its home market, where the outgoing Socialist government recently disclosed its draft proposal to decarbonise the economy, Iberdrola said it will spend 8 billion euros in the period, earmarking 4.2 billion euros for renewable assets.

Iberdrola’s chairman Ignacio Sanchez Galan said during an analyst call that the company did not see acquisitions as part of its strategy.

The company said it did not expect a hard Brexit to have a direct impact on its investment plan, except for currency movements which are already hedged for this year.

Meanwhile, Scottish Power, the British arm of Iberdrola, said it plans to spend up to 2 billion pounds ($2.6 billion) this year on clean energy in Britain, the company’s biggest ever investment in a single year.

It has a large pipeline of offshore wind projects and plans to develop 1 gigawatt of onshore wind by 2025 in Britain.

Iberdrola – which supplies energy to more than 30 million people in countries including Spain, the United States and Britain – kept the dividend floor for 2022 at 0.40 euros per share.

The Spanish utility, which last week pledged to bring growth targets forward one year, expects core profit to come in above 12 billion euros in 2022 compared with a previous range of 11.5-12.0 billion.

0
0   0
previous Philips on track to becoming carbon-neutral in its own operations by 2020
next Q CELLS enters energy solutions business with launch of Q.ENERGY