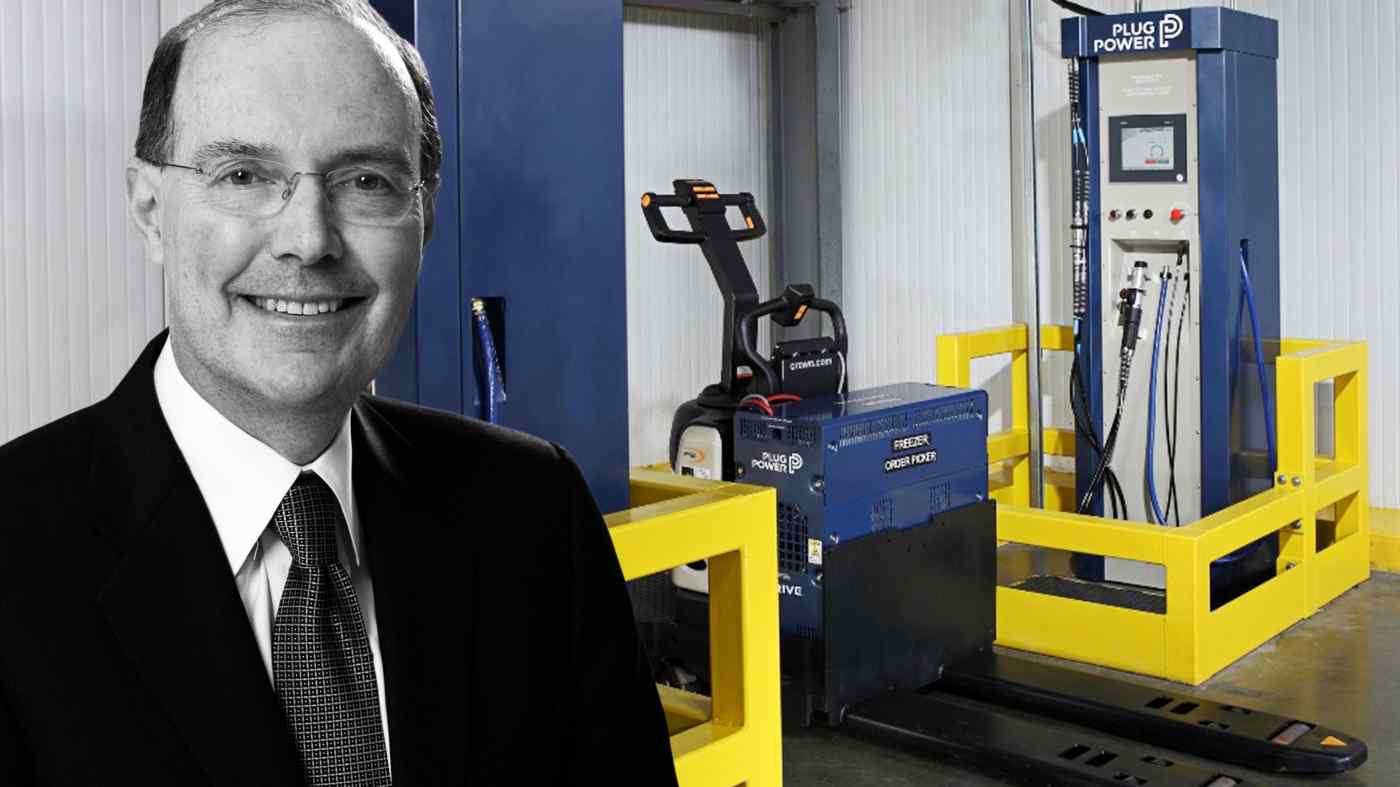 TOKYO : U.S. hydrogen fuel cell maker Plug Power, which counts Walmart and Amazon as its clients, is planning to expand its businesses in China, Vietnam and South Korea, through a joint venture with conglomerate SK Group.

Earlier this year, South Korea’s SK made a $1.6 billion investment in the Nasdaq-listed company. Through the joint venture, the two companies are planning to set up a factory in South Korea by 2023 to produce fuel cells and electrolyzers that extract “green hydrogen” from water using renewable energy.

Such products would be used “especially in South Korea, but we also believe, based on SK’s partnerships, in China and Vietnam,” Andrew Marsh, president and CEO of Plug Power, told Nikkei Asia in a recent interview.

He suggested that Asia would be an important part of the company’s target of achieving revenue of $1.7 billion by 2024, from $337 million in gross billings in 2020.

“In the next four or five years, Asia could be one-third of Plug Power’s business,” Marsh said.

Asian governments are starting to focus on the development of hydrogen as a green energy source. Particularly in South Korea and Japan, government commitments and public pressure to cut greenhouse gas emissions has led to a surge of interest in hydrogen, which does not emit carbon dioxide when burnt.

South Korea’s 160 trillion won ($144 billion) New Deal economic strategy announced last year was focused on developing a greener economy and included the target of putting 200,000 hydrogen vehicles on the road and setting up 450 charging facilities by 2025.

“I had sales people in South Korea, talking to many companies” to find a local partner, said Marsh. “Simultaneously, SK was reaching out to some of our partners here in the United States,” he said.

Plug Power will be offering a range of its services in South Korea and the rest of Asia, from material handling applications, to manufacturing electrolyzers and fuel cells for roadworthy vehicles and providing stationary power, according to Marsh.

South Korean automaker Hyundai Motor is already developing its own fuel cell-powered vehicles, but Marsh said there were other opportunities in retrofitting and upgrading municipal vehicles, for example.

Plug Power has already been successful in commercializing hydrogen in its home market by supplying fuel cells, hydrogen fueling stations and hydrogen for material handling.

“Instead of trying to sell hydrogens and fuel cells, we tried to sell value,” said Marsh, who joined the company in 2008. For example, in forklifts, hydrogen fuel cells are much more efficient than lead acid batteries and can cut up to 10% of human labor needed to operate the machines.

Plug Power is now increasing investments in green hydrogen as more companies globally are looking at the gas as a clean power source. Its aim is to supply only green hydrogen by 2025.

Currently, about 30% it supplies is green hydrogen and rest classified as “blue” or “gray” that is obtained from hydrocarbons, which emit carbon dioxide in the processing stage.

Plug Power has been partnering with renewable energy developers, and acquired a company that had developed efficient electrolysis technology last year.

According to Marsh, if hydrogen power can come down to about 3 or 4 cents per kilowatt hour, it would become a competitive source of energy for users. The company now buys some electricity for 3 cents from the New York Power Authority.

Plug Power is working with French automaker Renault to build a hydrogen fueled commercial vehicle market. The company also has an investment in a U.S. aircraft developer Universal Hydrogen. “A key to these apps are really closely tied to the availability of green hydrogen,” said Marsh.

In South Korea, there are plans to use blue hydrogen, such as by taking hydrogen from waste generated from SK’s chemical plants. But in the long term, “SK is committed to having renewable energy,” said Marsh. “As that happens, green hydrogen becomes a better solution,” he said.