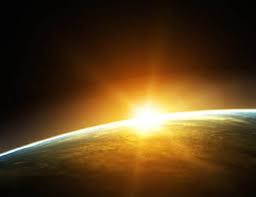 Scientific progression is inescapably an unending process. Inquisitive and sagacious scientists first try to examine nature’s mysterious ways and later bring in the maximum benefits of the hidden mysteries. In the very deep sequence of zesty discoveries and inventions, there comes a recent attempt to make use of extra sunlight to the Earth.

For this purpose, they would use giant mirrors, as these mirrors can direct sun rays to the solar panel farms worldwide. A photovoltaic power station or solar park or solar farm on a large-scale system designed for the supply of merchant power into the electricity grid.

Prof Colin McInnes, along with his four researchers, quite excited with this project, remains assisted by the European Research Council. The team examines the best way to create huge solar power farms worldwide. The team will also look at whether a constellation of gossamer-thin reflectors can beam sunlight to the solar farms.

There will be a big brainstorm on building the mirrors, reflectors in space with the help of 3D printers, so they are not damaged in transit. Sunlight has to travel more distance through the Earth’s atmosphere during dawn and dusk. This reduces some of the radiation and is supposed to be safer.

The idea of using mirrors in space to beam sunlight down on Earth for terrestrial electric power generation is not new. Dr Krafft Arnold Ehricke, German rocket-propulsion engineer first proposed this idea in the year 1978, under the title Power Soletta. Without a doubt, the Earth is the only planet to host life, and space science can contribute a lot to the future of global energy services being a vital challenge of the 21st century.

“Life moves so rapidly; it seems a bit blurred around the edges. Why won’t it hold still long enough for us to get a good look at it?” writes Evening Public Ledger of 10 September, 1918.