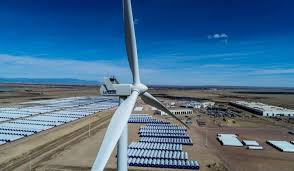 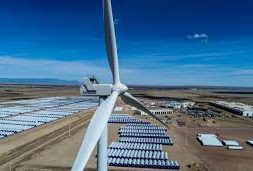 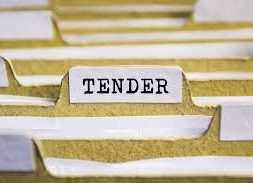 Intense competition across the global wind industry is weighing on equipment suppliers and spurring consolidation.

But Vestas noted several bright spots for its business, including rapid revenue growth at its offshore wind and services units.

Vestas posted a net profit of €90 million ($100 million) on revenues of €2.12 billion in the second quarter, less than half of the €184 million of profits it pocketed in the year-earlier period. Total revenue fell 6 percent.

Vestas shares fell by more than 4 percent in Copenhagen on Wednesday, landing at 505 Danish krone. The company carries a market capitalization of around 100 billion Danish krone ($15 billion), among the highest of any pure-play renewables company globally.

Despite its near-term headwinds, Vestas has laid the groundwork for solid growth in the years ahead, chalking up its highest-ever quarterly order intake for wind turbines. Its combined order backlog, covering both turbines and post-sale services, reached an all-time high of €31.5 billion.

The U.S., the most important market globally for Vestas, is in the midst of an historic boom period for wind installations, as developers make use of the fading federal Production Tax Credit. Vestas and General Electric have dominated the world’s No. 2 wind market in recent years, and Vestas continues to ring up new U.S. orders even as the PTC deadline approaches, with a customer base that includes both utilities like PacifiCorp and developers like EDF Renewables.

Vestas is among the largest U.S. wind manufacturers, with a trio of factories covering nacelles, blades and towers sited in Colorado. Its in-house tower production is an advantage as the government considers widening the tariffs it imposes on imported towers to include several new countries.

Capitalizing on the U.S. market boom
Wood Mackenzie recently boosted its 10-year forecast for the U.S. wind market, including a nearly 50 percent increase for the year 2021 as more projects look set to move ahead under a reduced PTC.

WoodMac expects the U.S. to add more than 35 gigawatts of new wind capacity during the 2019-2021 period, with the market then settling back into more normal installation levels from the mid-2020s onward and offshore wind playing an increasingly important role for new projects.

Among Vestas’ turbine orders during the second quarter were the first for its new EnVentus platform, which offers machines rated as high as 5.6 megawatts, helping to unlock lower-wind-speed regions for development.

While making and installing onshore turbines will remain Vestas’ core business for the foreseeable future, the company is experiencing rapid growth in its services unit, where revenue grew 15 percent during the second quarter, to €476 million.

Operating and maintaining existing wind farms is a huge growth opportunity as the wind industry matures and new types of energy investors move in, many with little previous experience. Vestas claims to have 42,000 turbines under service globally, totaling 86 gigawatts of capacity.

Vestas also appears to have sunny days ahead in the fast-growing offshore market, where its MHI Vestas joint venture with Japan’s Mitsubishi Heavy Industries is one of the world’s dominant suppliers alongside Siemens Gamesa Renewable Energy.

Offshore orders and deliveries are still a lumpy business, but the second quarter represented an upturn for MHI Vestas, hauling in a €22 million profit on revenue of €534 million as the company completed work on two big projects in Europe.

tags: Vestas
0
previous Antonio Guterres calls on nations to come up with concrete plans to fight climate change
next IIT Madras researchers are creating 'blue energy' from the meeting point of salt water and fresh water in estuaries