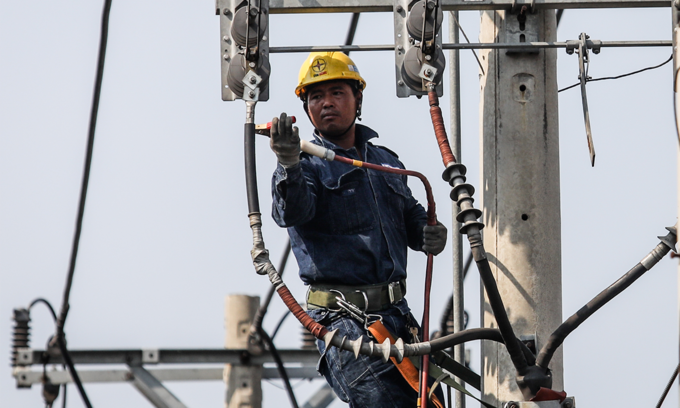 Vietnam targets reducing coal-fired power production by 6 percent this year to prioritize solar and wind energy even as it grapples with limited transmission capacity.

EVN has also suspended around 8,000 megawatts of hydropower plant capacity from 11 a.m. to 12 p.m. every day in the first four months of this year to prioritize solar power intake, which peaks at noon.

However, reducing the intake from coal-fired and hydropower plants comes with consequences, with the rising frequency of turbine restarts increasing the risk of system failures.

The number of restarts due to oversupply last year surged 2.6 times over 2019 to 192. In the first four months this year alone, there were 334 restarts.

With these cuts, EVN seeks to prioritize solar and wind power intake and also wants to double their production from last year to 32 kilowatt-hours this year.

Solar and wind power capacity is set to hit 20,000 megawatts this year, accounting for 30 percent of total supply.

But due to limited capacity of the transmission lines, renewable energy only accounts for 12 percent of total production. The figure is set to rise to 17 percent in the next five years.

The rest of production comes from traditional sources like thermal power and hydropower.

EVN has earlier said it will also cut 15-20 percent of solar and wind power capacity to reduce pressure on the national grid.

“Cutting down renewable energy is something EVN does not desire because it hurts developers,” Nguyen Duc Ninh, director of the National Load Dispatch Center under EVN, said at a meeting Tuesday.

The dilemma that Vietnam faces now, having an oversupply of renewable energy but limited transmission capacity, has happened because of poor management and planning, experts say.

Tran Dinh Long, deputy chairman of the Vietnam Electrical Engineering Association (VEEA), said that the boom in solar power in recent years show lack of anticipation on the burden they would place on the national grid.