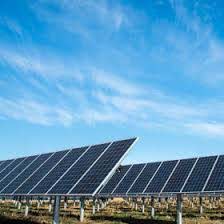 WA Recovery Plan to invest $66.3m in solar and batteries 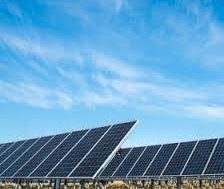 WA Recovery Plan to invest $66.3m in solar and batteries

The Western Australian Government’s $5.5 billion WA Recovery Plan was released yesterday, the plan features $66.3 million in renewable energy investment, most of that to go on solar and batteries, along with a significant top up of the Clean Energy Future Fund.

Western Australia (WA) has released its $5.5 billion WA Recovery Plan, a plan to combat the economic impacts of Covid-19 and, imperatively, to lay the basis, in the words of Sharyn O’Neill, WA’s State Recovery Controller, “for not only restarting and stimulating but also for reforming and transforming.”

Hence it is no surprise that one of the State’s recovery priorities is investing in renewable energy and new technologies, promising to “install more renewable energy and batteries on its networks and on State-owned assets, particularly for regional and remote communities, to improve reliability and help lower energy costs for residents and businesses.”

This promise is part of a $66.3 million renewable energy technologies boost, $56.3 million of which will be invested in solar, $44.5 million of that in the state’s north-west. WA Energy Minister Bill Johnston said that this package would be giving regional Western Australians the chance “to enjoy the benefits of rooftop solar and improve power quality in their local communities.”

$6 million of the solar investment is set to go on solar panels for social housing, meaning approximately 500 social housing properties an expect to make significant savings on their electricity bills in the near future.

$4 million of the solar spending spree is to be divided up between ten schools to aid in their evolution into green, smart Virtual Power Plants by utilising solar PV and energy storage. “Schools and public housing will experience lower electricity bills and contribute to reducing their energy footprint as we modernise our power grid,” continued Johnston.

More to the good, $1.8 million of the solar investment will be used to improve energy efficiency at public transport stations through the installation of solar panels at bus and train stations, including Mandurah, Warwick, Kwinana, and Warnbro.

Included in the renewable stimulus package are an additional 50 standalone power systems (SPS) and the nine Battery Energy Storage Systems (BESS) in regional communities, as well as infrastructural upgrades in remote Indigenous communities. Due to its already socially distanced population, Western Australia is leading the country in the uptake of SPS.

SPS are revolutionising WA’s energy landscape, and that is not simply because of the fact that due to Covid-19 we should all be standing alone anyway. Recently, the completion of a three-year trial to test the viability of SPS resulted in a resounding success, and regulators are heeding said results.

To top it all off, the WA Government is also going to top up its Clean Energy Future Fund (CEFF) with an extra $10 million, more than double its original $9.3 million investment. This means that even more clean energy innovators and technologists can apply for grants of between $250,000 and $2 million.

This also means that a smaller proportion of CEFF funding will be coming from the royalties from future unconventional onshore oil and gas projects. Despite what you might think, ‘unconventional gas’ is not that gurgle in one’s stomach before it suddenly drops, but rather, it is a euphemism for ‘fracking.’ Along with the Northern Territory, WA lifted its moratorium on fracking in 2018 and began welcoming applications in 2019.

Euphemisms are plastic flowers on the graves our language cannot bear to visit, and so it is no surprise the McGowan Government employs the use of euphemism for ‘fracking’ at the same time as they attempt to offset their guilt. Of course, it must be said that it is uncertain whether or not the extra $10 million added to CEFF in the WA Recovery Plan is the product of McGowan Government royalties for fracking.

The McGowan Government also announced a $60.3 million Green Jobs Plan as part of its economic recovery stimulus, an effort to boost jobs and environmental benefits. $15 million of this funding is being allocated to set up the Native Vegetation Rehabilitation Scheme toward the native revegetation, habitation restoration and protection of existing vegetation.

This would seem like a prime opportunity to combine these stimulating investments in renewable energy and the environment. As South Australian water and sewage utility SA Water is proving, native vegetation and large-scale solar form a perfect symbiotic relationship.