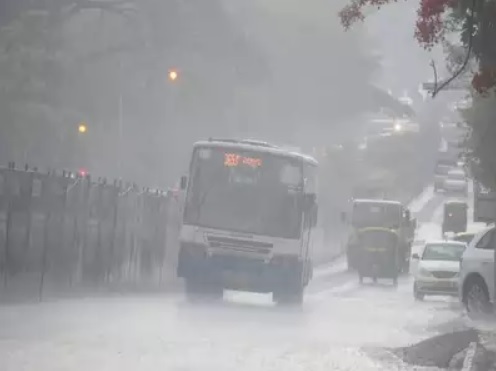 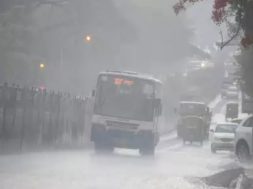 The rains are not just going to stop here. The met department officials say that the rains might continue till Sunday. The officials said that the heavy downpour on Friday in Bengaluru was unexpected, Saturday looks pretty dry and on Sunday citizens can expect another round of rainfall.

SM Gavaskar, a scientist at Karnataka State Natural Disaster Monitoring Center (KSNDMC) said, “The Friday’s rainfall with thunderstorm and hailstorm was because of pre-monsoon clouds. There are still pre-monsoon showers expected for few more days.”

He also said that Friday’s forecast was a little clearer, Saturday looks dry and Sunday another rounds of rainfall expected. Bengaluru recorded the highest rainfall of 90mm in Gantiganahalli in Bengaluru North region, 78 mm in Bettahalasuru, 64mm at Hemmigepura in Bengaluru South region, 66mm at Avalahalli and 74mm at Yelahanka region.

The recorded range of rainfall on Friday was 0-52mm in the urban area. There was also hailstorms in BengaluruMangaluru highway and some parts of Bengaluru South.

Met officials also said that the temperature is expected to come down by 2-3 degree Celsius. An official from the met department said, “Regardless of the changes in the temperature, summer will end by May and monsoon will start by June, as the thunderstorms aren’t considerable factors here. Majority of the state will have a high temperature, only a few districts of South Interior Karnataka and Bengaluru will have a lower temperature.