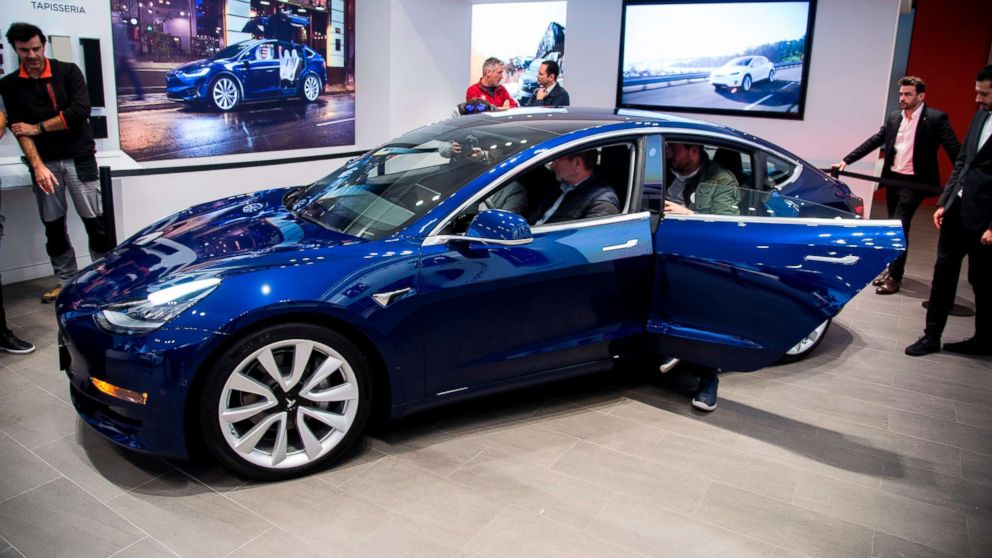 What automakers aren’t telling you about electric vehicles 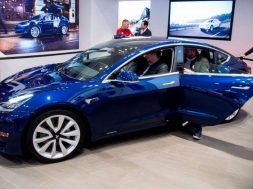 What automakers aren’t telling you about electric vehicles

Will 2019 become the year of the electric car?

The technology and design of these zero-emission vehicles has improved dramatically in recent years.

But a vexing challenge remains: convincing consumers to give up their internal combustion engine (ICE) cars and trucks.

“The new electric vehicles are aimed directly at Tesla,” Ed Kim, vice president of industry analysis at AutoPacific, told ABC News. “The vast majority of them are in the Tesla price range. Tesla has real competitors.”

Jaguar, the British luxury automaker, introduced its challenger to Tesla last year: the all-electric I-Pace SUV. More than 600 units have been sold in the U.S. since last November, the first month of sales. Sleek and futuristic, with a minimalist, airy interior, the new $69,500 I-Pace is a departure from the British luxury carmaker’s traditional gasoline-powered vehicles.

To stay competitive in the fast-moving EV segment, Jaguar needed to act quickly. Doing so required major investments and extreme dedication. There was no other choice.

“This is brand new territory for us,” David Larsen, Jaguar Land Rover’s general manager of product development, acknowledged to ABC News. “The I-Pace was designed from the ground up.”

Unsurprisingly, the largest markets for the I-Pace are California, Florida and Texas – areas with warm year-round climates.

“Cold weather can cut range significantly – by even one third,” Kim said. “Lithium ion batteries are subject to temperature sensitivity. In California this is not an issue. In polar vortex conditions, these vehicles wouldn’t get far.”

The I-Pace, for example, gets as much as 234 miles from one full charge of its high-tech lithium ion battery, according to the EPA. That figure can shift significantly for reasons other than temperature. Heating or cooling the vehicle, how fast one drives and even radio usage can drain the battery.

I-Pace customers can charge their vehicles at home with a wall-mounted Level 2 240-volt home EV charger. It takes nearly 13 hours for the high-voltage battery to get a full-charge when starting at zero percent. Connecting the I-Pace to a standard 120V electrical outlet with a cable also works; Jaguar estimates the SUV would get an extra 30 miles this way if charged overnight.

“The car is constantly optimizing battery efficiency,” Larsen said. “The I-Pace learns how you drive and your driving behaviors to estimate what your range will be.”

Larsen, though, never has to charge his I-Pace at home. Jaguar’s office in Mahwah, New Jersey, offers charging stations. But he acknowledged that “range anxiety” — the fear of running out of battery charge on the road — is real and owning an electric car can take some adjusting.

Stable fuel prices in the U.S. have also slowed demand for these pricey vehicles, Kim explained.

“We are used to 5 minutes at the pump and going,” he said. “It takes a long time to fill these things up. Faster charging will get us closer to the level of convenience with gasoline cars.”

Tesla’s Model S made driving an electric car cool and trendy. Federal tax credits also helped move the needle for some drivers, though many EVs are purchased “by people who are not price sensitive,” said Kim. Plus, the majority of EV owners are not die-hard environmentalists. Many Tesla owners are “technology enthusiasts,” he noted.

Teslas may be the EV of choice with Americans but the Nissan Leaf is the top-selling EV globally. And with more models on the horizon, these industry leaders may see their monopoly on the market shrink.

Audi’s e-tron SUV will begin deliveries to U.S. customers this spring. Porsche’s much-anticipated Taycan electric sports car will be unveiled later this year. Mercedes Benz will soon roll out its EQC SUV, aimed at the e-tron. There will also be an all-electric Mini from BMW.

Cadillac, GM’s luxury brand, will be retooled to focus on electric cars. Volkswagen plans to invest $800 million to build a new electric vehicle at its plant in Tennessee.

“We’ll continue to see more EVs come on the market,” Kim said. “In the next three to four years, the market will be saturated with EVs. There will be a lot more supply than demand.”

There are two problems, however, that could put the brakes on the market expansion of EVs, according to Karl Brauer, executive publisher of Cox Automotive.

“They still cost a lot more than ICE cars and charging takes a long time,” he told ABC News. “For a rancher in Montana, EVs are not the solution. These cars are for people who live in urban areas and don’t travel more than 100 miles or more a week.”

Brauer, who has driven the I-Pace, said he was “fascinated” with the SUV at first — until it was time to juice the battery.

“It doesn’t charge as well as it should, even with a Level 2 charger,” he said. “There were times when I thought it was charging but it wasn’t. It has everything going for it and it drives extremely well. In terms of battery, I was disappointed.”

Driving an electric car also requires some patience and practice. They’re built with regenerative brakes, allowing the vehicle to function with single pedal driving. When the driver lifts his or her foot off the accelerator, the car will come to a sudden stop, especially when the regen braking is set to high. The abruptness can be jarring and disorientating in the beginning.

“It’s a different driving experience,” Larsen admitted. “There’s a steep learning curve. The first time I drove the I-Pace I had to turn off the regen braking. It felt weird.”

Automakers want consumers to believe that traditional cars are antiquated. In reality, an EV future is decades away.

“Electric cars are not mainstream yet,” Kim said. “There’s a lot of momentum building behind electrification, especially in Europe and Asia. Automakers will push them even though they’re low volume vehicles. They need North American sales. Consumers have to buy into the advantages of having an EV.”

tags: What automakers aren't telling you about electric vehicles
33

0
0   0
previous Fuel cell Electric Vehicles to have a bright future in India: Report
next Electric Vehicle Charging Stations Market is Expected to Exhibit US$ 30 Billion by 2024 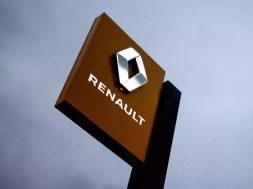