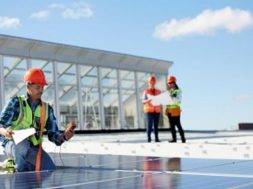 Earlier this month, the United Kingdom completed a full week without using coal-generated power; the first such instance in 137 years, or since the beginning of the industrial revolution [1]. While the UK government has committed to phasing out coal-fired power, Fintan Slye, the director of National Grid Electricity System Operator (ESO), believes the country’s electricity system could be run with zero carbon by 2025. The ESO is counting on integrating newer technologies across the system – from large-scale offshore wind to domestic-scale solar panels to increased demand-side participation, using new smart digital systems to manage and control the system in real-time.

The contrast with India, where the share of coal in primary energy consumption is projected to only marginally decline from 56 per cent in 2017 to 48 per cent by 2040, couldn’t be starker at a time when our country is in the grip of a massive air pollution crisis. Fifteen of the top 20 most-polluted cities in the world are in India; Gurugram, Ghaziabad and Faridabad all part of the National Capital Region are among the top four [2]. Electricity generation is responsible for two-third of India’s coal consumption.

The Indian government has set an ambitious target to increase its installed renewable energy capacity to 175 GW by 2022. Of that, 100 GW is supposed to be solar power [3].However, by September 2018, the total installed solar capacity was a mere 3.39 GW. The net addition in the 12-month period ending September 2018 was a record 1,538 MW (1.53 GW), but clearly this rate of capacity addition is grossly insufficient to reach the target.

A particular case in point is rooftop solar installations by residential and institutional consumers. Of the 100 GW target for solar, 20 GW is set to be achieved through rooftop solar; and yet the installed capacity as of July 2018 was only 1.2 GW. According to government figures, the pace of rooftop installations has been just about 6 per cent of the target.

So far, while there has been progress on the performance of solar panels, along with favourable policy and regulatory ecosystems, rooftop solar in the residential sector is yet to reach a momentum necessary for timely completion of the set target. This is despite the fact that solar rooftops is the fastest-growing sub-sector in renewable energy today.

There are several reasons why residential consumers have so far shied away from installing rooftop solar solutions and these need to be addressed individually at a policy level.

To begin with, there is a lack of awareness and accessible information about the available products, processes, and approvals required for a installing system, according to a survey of 1,808 households conducted by WRI India [4]. In the absence of independent and credible third party sources, most people end up relying on vendors for information.

Other common concern areas include rooftop usage, warranties, monkey menace, and lack of after-sales services in India. Post this, customers can make informed decisions using the expertise of solar installers/cleantech solar companies who can do precise, well-designed, and accurate analysis of their rooftop potential.

Secondly, there remains an absence of customised financing options for residential solar rooftops. While the Central government allows 50 per cent subsidy up to Rs 60,000 on 10 kW rooftop solar [5], the channels of financing for solar are limited. Recently, the Reserve Bank of India identified solar rooftop as a priority sector for lending and eight public sector banks included solar rooftop systems under their housing or housing improvement loans. That said, many customers do not have access to bank financing, which remains to be looked into.

Thirdly, residential customers also find a lack of coordination in processes and institutional priorities. Different cities have varied installation policies and specifications for the solar rooftop. For example, home-owners in Chennai have to deal with a provider that does not support rooftop solar, because it conflicts with grid-based power supply. On the other hand, homeowners in Chandigarh have to deal with restrictions imposed by the municipality’s architectural specifications. Other consumers have faced challenges during processes such as delays, challenges in billing, the need for multiple visits, and the lack of capacity of officials to provide information and guidance.

We believe that the adoption and encouragement of residential rooftop solar has not been received well by discoms for fear that they may lose out on paying customers that were paying bills timely. In certain places such as Karnataka, West Bengal, and Odisha, the discoms develop their own restrictive criterion over and above the approved regulations of the state to complicate approval processes for solar rooftops.

Customers are also facing bureaucratic hassles in matters of grid protections, quality of power and maintenance of systems. Several hurdles on various fronts in rooftop solar installation irk the consumer and hence, gets in the way of mass adoption.

Addressing the issues in rooftop solar is imperative to achieve the government’s ambitious target for renewable energy through solar. A hassle-free experience will act as a catalyst in the adoption of solar rooftops amongst residential consumers. This will only happen if the present top-down government approach is complemented with bottom-up initiatives to smoothen the customer experience.

In conclusion, unlocking the true potential of rooftop solar requires policymakers to make it both affordable and accessible to people. Businesses and the civil society together have a key role to play as well; not just in the development of policies and procedures, but also to ensure that customers have access to reliable information. An urgent and cohesive effort is needed from all stakeholders to ensure that India achieves its solar targets, a necessity not just to cut down on carbon emissions but also to deal with the air pollution crisis.