Home Electric Vehicles WHILE THE WORLD GOES ELECTRIC, SOME GERMANS DESPERATELY FIGHT FOR THEIR DIESEL 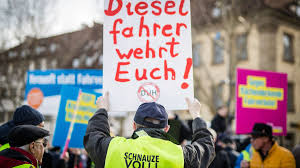 WHILE THE WORLD GOES ELECTRIC, SOME GERMANS DESPERATELY FIGHT FOR THEIR DIESEL 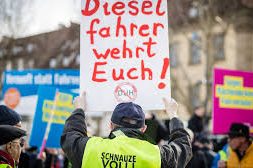 WHILE THE WORLD GOES ELECTRIC, SOME GERMANS DESPERATELY FIGHT FOR THEIR DIESEL

“Are we all supposed to drive electric vehicles now?”

Germany is divided about the future of its most important industry: while some automakers pursue electric vehicles, a noisy group of diesel-energy enthusiasts are expressing their frustration through protests. These have gone on every weekend so far this year, since the first on January 11th.

The first protest took place in Stuttgart — the hometown of Daimler, Bosch, and Porsche — and was organized by Ioannis Sakkaros, who works as a mechatronics technician for Porsche. Since then, hundreds of protesters wearing yellow vests have gathered each weekend to rally against court-mandated driving bans for older diesel cars. The bans were put in place in response to excessive air pollution.

At a rally on February 9th in Munich, where BMW’s headquarters is located, dozens of people chanted a pro-diesel rhyme together, and cheered on speakers who accused “eco-fascists” and “green ideologists” of wanting to destroy the car industry. A man earned applause from the crowd for calling electric vehicles “hazardous waste.”

The debate about the future of cars — diesel or electric — is emotional for many Germans, as the auto industry and its dependent companies employ 1.8 million people, hundreds of thousands of whom work directly with internal combustion engines. But new carbon emission limits and pending bans on diesel and gasoline cars in major markets threaten their livelihoods. German cars are big business, bringing in almost $500 billion annually. And a successful switch to electromobility will cost 114,000 jobs in Germany by 2035, according to predictions from the Institute for Employment Research. After all, electric motors require significantly fewer components and less maintenance than internal combustion engines — which means an annual economic loss that will grow to reach $22 billion in 2035.

“The diesel is only the beginning,” Michael Haberland, who organized the protest in Munich, tells The Verge. “The gasoline engine is next.” Haberland is president of Mobil in Deutschland, a motor club. He feels the European emission limits for air pollution, which are responsible for driving bans, are nonsense. “Are we all supposed to drive electric vehicles now?” he asks. “They just don’t work. The diesel engine, on the other hand, has been a success story for more than 125 years.”

Volkswagen, the largest car manufacturer in Germany (and the world), disagrees with Haberland’s assessment. Last December, VW’s strategy chief surprised the industry when he announced that the company’s final generation of combustion engines will be launched in 2026. After 2040, Volkswagen wants to only sell electric vehicles. Other German manufacturers have not yet presented a deadline for their final traditional engines, but BMW, Daimler, and Porsche are also starting an EV offensive with dozens of new models lined up, investments in battery factories, and the development of rapid charging stations.

But the car industry isn’t united — many managers, especially from the supply industry, share the skepticism of the protesters. More than half of Western European car managers expect electric mobility to fail, according to a 2018 survey by KPMG, a consulting company with significant car world expertise.

Volkswagen announced in November that it would invest $34 billion in electric mobility, to support a plan of bringing 50 new EVs to market by 2025. By January, the CEO of the world’s second-largest supplier of automotive parts cast doubt on VW’s strategy in an interview with WirtschaftsWoche. According to Elmar Degenhart, the CEO of Continental, electric vehicles would only be priced competitively with diesel or gasoline cars sometime “after 2025.”

The division between combustion engine supporters and EV supporters runs through politics, unions and even science. While the conservative federal minister of transport predicts a great future for diesel and petrol cars, the popular Green Party calls for a rapid switch to electric vehicles. While some union leaders criticize emission limits for harming the industry, others demand the construction of battery factories in Germany. And while some scientists argue that electric vehicles are useless, others believe that there is no alternative.

“I think it is completely out of the question that electric vehicles will completely replace cars with internal combustion engines,” Jörg Wellnitz, a professor who specializes in lightweight car design at Technische Hochschule Ingolstadt, a technical college in Audi’s hometown, tells The Verge. “The investments are completely pointless.”

Wellnitz’s doubts about electric vehicles recently went viral when a local newspaper published an interview with him. He says electric cars are too expensive, the raw materials for the batteries are too difficult to obtain, the infrastructure is more than inadequate, and the electricity to charge them too dirty.

A quick switch to electric vehicles would be “the suicide of the German car industry,” Wellnitz says. Instead, he prefers continuing to use combustion engines with synthetic fuels. And when pressed about Volkswagen, Daimler, and BMW’s plans for electric vehicle expansion, he scoffs. “These are just statements to relieve political pressure,” he says.

Electric vehicles don’t always have a better carbon footprint than diesel cars due to their manufacturing process, according to ADAC, Germany’s most important automobile club. A different ADAC study shows that EVs aren’t always more expensive than traditional cars, either. The lack of charging infrastructure and the difficulty of procuring raw materials for batteries are problems that are actually still being worked on. It is, after all, still early days for electric vehicles.

Germany’s “car pope,” Ferdinand Dudenhöffer, professor of automotive economics at the University of Duisburg-Essen, completely disagrees with Wellnitz. He has no doubt that German car manufacturers will successfully switch to electric vehicles in the coming years, no matter what some politicians, managers of car suppliers, unionists, other scientists, or protesters in yellow vests say.

“They’re nostalgic,” Dudenhöffer tells The Verge. “Some have built their entire careers on combustion engines. Of course they will tell you that electric cars are bad. A postman doesn’t like emails, either.”

“SOME HAVE BUILT THEIR ENTIRE CAREERS ON COMBUSTION ENGINES. OF COURSE THEY WILL TELL YOU THAT ELECTRIC CARS ARE BAD.”
Many important markets — including China, India, the Netherlands, Sweden, Iceland, Ireland, France, Great Britain, and California — have already announced that they will no longer register cars with combustion engines after 2030 or 2040. The EU’s 2030 carbon dioxide emission limits can only be achieved with electric cars, too. “So, it doesn’t really matter what we’re discussing here in Germany,” Dudenhöffer said.

That’s also what analysts say. 2018 was the first year with more than 1 million pure electric vehicles being sold globally, according to PricewaterhouseCoopers. That’s only 2.8 percent of the global car market — but manufacturers are already spending 30 percent to 50 percent of their research and development budgets on EVs, says Christoph Stürmer, global lead analyst at PwC Autofacts. “So below the surface, electric cars are already very relevant,“ he says.

And although diesel cars have recently regained some market share in Germany, Stürmer thinks diesel cars are headed for extinction. But Stürmer isn’t worried about German car manufacturers. Though they weren’t the fastest to release competitive EVs, they have the money and market leverage to catch up.

If he’s right, Volkswagen, Daimler, and BMW will simply turn electric vehicles into the next thing they can be proud of for many decades. Even Ioannis Sakkaros, who started the pro-diesel protests, has said EV technology is “awesome” — he just doubts it’s really better for the climate. Sakkaros is convinced that his employer Porsche will not only catch up with Tesla, but will set completely new standards for electric vehicles. 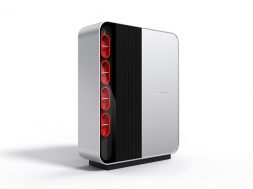 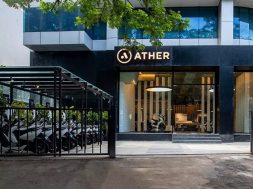