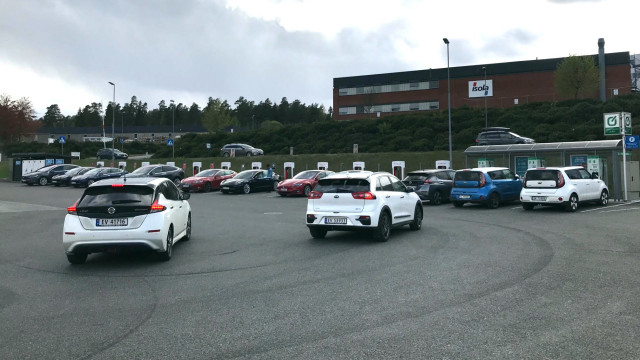 Why Norway leads the world in electric vehicle adoption 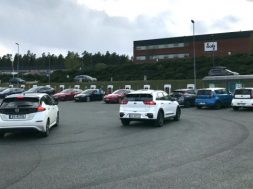 Why Norway leads the world in electric vehicle adoption

Norway has only 5.26 million people—about half the size of Los Angeles County in population, and with only about 35 percent of LA’s vehicles on its roads. But there’s one measure in which Norway trumps America’s most saturated EV market. Per capita, Norway has more electric car owners and drivers than anywhere else in the world.

Widespread incentives play a part, as do steep taxes on gas and diesel vehicles—and the fuels themselves—but what else is it about the country and its people?

Is it because Norway, with the second longest coastline in the world behind Canada, including all those famous fjords and 50,000 islands, is feeling the pinch of rising sea levels? Or is it because they sell every drop of oil they drill from the North Sea and make it prohibitively expensive to use themselves? Or is it because, as a small nation with most of its population within a small geographic area, it can better serve its drivers with a tightly knit web of electric-car charging stations?

Those factor in, but Norway has gone where no other democracy has gone with electric cars. It has made them more affordable than their gas counterparts, and over time, that has made electric cars, for lack of a better explanation, normal.

“Norwegians are not much more environmentally friendly than other countries,” said Christina Bu, Secretary General of EV Norway, a non-profit representing electric car owners in Norway. “The overwhelming majority of people purchasing EVs says the number one reason is economic.” 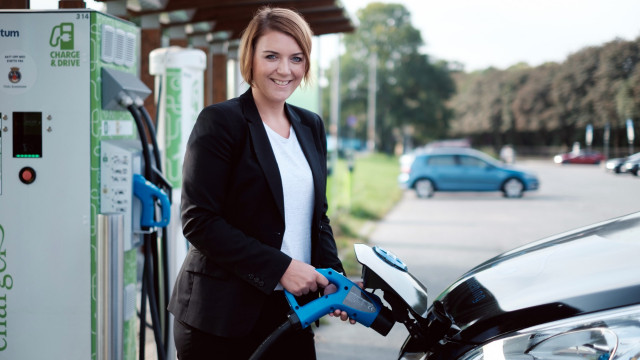 This is obvious to economist Lasse Fridstrøm, senior research economist at the Norwegian Center for Transport Research, who wrote “Electrifying the vehicle fleet: Projections for Norway 2018-2050.”

“Vehicle electrification in Norway is brought about, not by generous subsidization, but—quite the contrary—by stiff taxation,” Fridstrøm wrote.

Go electric, or pay up on taxes and tolls

Norway doesn’t make electric cars cheaper; it makes gas- and diesel-powered cars far more expensive than they are in other countries. Taxation on gas and diesel vehicles turns into incentives for electric vehicles, whether powered via batteries or fuel cells. Collectively these zero-emission vehicles (ZEV) have no value-added tax, which is 25 percent on gas and diesel vehicles. There is no registration tax on used car sales, no annual ownership tax, and no fuel tax. Road tolls are “fully or partially” exempt, ferry fares are “strongly reduced,” bus lanes are mostly open to ZEVs, public parking fees are tossed for ZEVs and there is plenty of free charging for BEVs.

The policy works, and has been working for a long time—since 1990, when the import tax was first abolished for EVs.

Taxation as a way to steer transportation policy has a long history in Norway, says Bu, dating back to road taxes instituted in the 1920s.

“Up until the end of the 1960, cars were considered a luxury good that should be taxed heavily,” Bu said. “It had nothing to do with environmental concerns.”

People in Norway are used to them, Fridstrøm said in a phone interview. “This is how people react to taxes in capitalism all over the world. If you make the product very expensive, fewer people will buy it. It’s elementary.”

To understand this elementary lesson, compare a Volkswagen Golf with a Volkswagen e-Golf. The only similarity is the scrapping tax equivalent to about $285.

That’s just the initial cost. Then there are all the ancillary cost-of-ownership benefits that drive down the cost further.

Norway calls this the policy the “polluter pays principle.”

It’s been in place for a long time without effect until recently. Since 1990 there has been no purchase or import tax for ZEVs, and beginning in 2001 this was expanded to a VAT exemption. The reason EV adoption didn’t grip the country sooner is also elementary: There were no electric cars to buy.

“Nothing changed really, everything was in place, the consumers couldn’t choose anything else because there was nothing to buy,” Bu said. “Then In 2010, something started happening. People saw the Mitsubishi i-MiEV driving in the bus lane, then the Nissan Leaf in 2011, and it sort of exploded after that. There’s been a collective shift in mind, where their friends and neighbors started buying these cars. My mom is 64, she just bought an EV and doesn’t have a clue about technology. It’s just becoming normal.”

Five years prior, electric vehicle sales were 5.5 percent; in 2018 it was 31.2 percent. In that time, Norway moved from the early adopter stage to the early mass market stage—a surprise, even to Norway.

“The development happened so fast, it was a bit lucky,” Bu said, even though the foundation had been paved decades prior. “A majority of Norwegian voters support EV policies and politicians are eager to please their voters.”

Even with this, not everyone’s getting on board

They might be setting themselves up for disappointment. Norway’s goal of ZEVs making up all new car sales by 2025 remains exceedingly ambitious if not outright impossible.

“To be able to buy an electric car, you need to charge it at home,” he explained, adding that EV owners prefer to charge at home even with available public chargers. “20 to 25 percent of the population aren’t able to park on their own premises with a charger. You need space, even if you put chargers into light poles on the street. Space is always scarce.”

Norway’s political success with electric vehicles may be enviable but can the model be duplicated by countries with larger populations?

“The US has a greater challenge purely because the human population and number of cars on the road is far greater, making the budgets needed to support Norway-like tax breaks a hurdle,” said Gennet Paauwe, communications advisor to Veloz, a non-profit based on California promoting the kind of mass adoption of electric vehicles seen in Norway. “It also takes political support.”

Fridstrøm agrees. “If the government employs incentive schemes it is proven to work,” he argued. “One thing you can do is increase the gas tax, but I know this is taboo in the US.”

Aggressive taxation of the sort that’s broadly accepted in Norway may be political suicide in other parts of the world—especially in the United States, where the federal gas tax has remained pretty much the same since 1993 despite dire effects on the nation’s transportation infrastructure.

Yet many other European countries have a higher tax revenue as a percentage of gross domestic product; Norway is the ninth highest among developed countries, according to the Organization for Economic Cooperation and Development. The US ranked 30th out of the 35 countries included in the 2015 study.

Higher tax rates are common in Socialist Democratic countries such as Norway, which have more social benefits, including fully subsidized health care and schooling.

“People trust that paying taxes gets you something good back,” Bu said of Norway’s cross-partisan support of taxation. “Right-wing parties think tax levels should be lower but they support the general system that we have because the whole economy benefits from having a large middle class.” 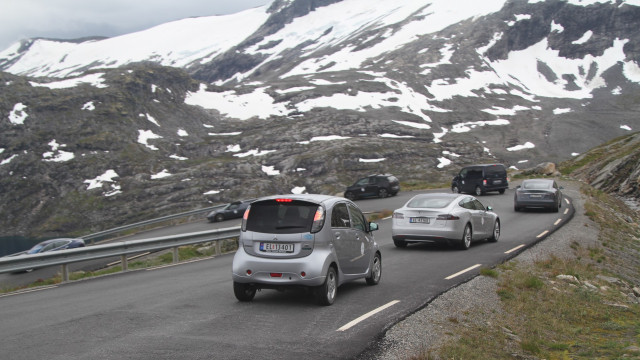 The whole economy benefits from being an oil-rich country, as well. Oil accounts for 43 percent of its total exports, 21 percent of the country’s revenue, and is the largest contributor to GDP at 17 percent, according to the Norwegian Ministry of Petroleum and Energy.

Some have questioned whether Norway’s policies have merely incentivized its powerful, partly government-owned energy company, Statoil (now called Equinor), to drill for more oil. In recent years exports have increased and some environmental experts have pegged the carbon emissions from the country’s oil exports to be in the vicinity of 10 times its domestic emissions.

This is the fascinating irony of the Norway model. It will eventually need to taper off its spigot to the rest of the world and endanger the core engine of its economy, in part.

“What are we going to live off after oil?” Bu asked. “This is not going to last forever.”

“There is not agreement on how long [exemptions] can be maintained,” Fridstroem said. “It’s not meant to help EVs for an eternity. It’s an introduction to market.”

The electric vehicle exemptions will not last forever, either, even if all political parties agree on it now. But the success of Norway’s experiment is twofold: It’s made electric cars more affordable, and it’s also made them normal.