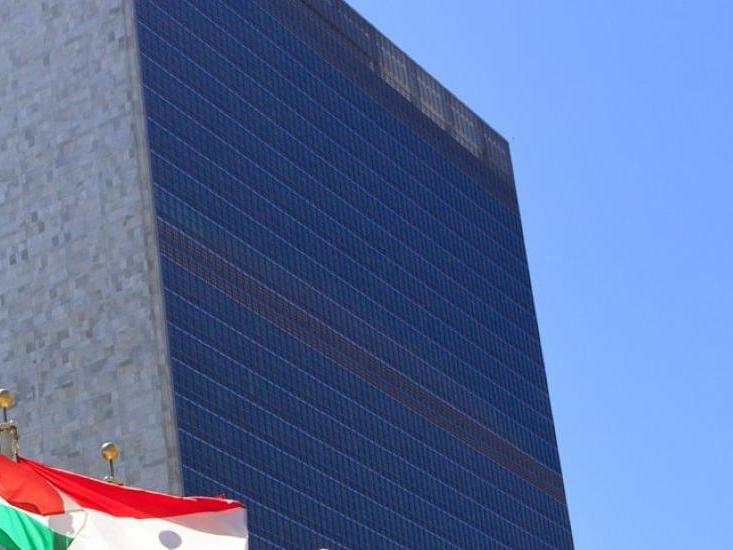 As extreme weather events including devastating wildfires, floods and droughts escalate across the globe, these developments must usher in a new wave of climate commitments between now and the COP26 climate conference in Glasgow in November 2021.

As U.K. Prime Minister Boris Johnson put it in his address to the UN, it’s time for the world to “grow up” and tackle climate change.

While much more is needed ahead of COP26, here are the biggest signs of hope from UNGA and Climate Week, and what must happen next:

This is big news: Until recently, China, Japan and South Korea were the three countries funding most international coal projects. China has poured billions of dollars into coal power in other countries, including as part of its Belt and Road Initiative. Given that South Korea and Japan have recently pledged to stop funding coal power in other countries, China’s decision is effectively a death knell for international financing of coal, the world’s dirtiest fossil fuel.

Of course, this doesn’t mean coal is dead; there remains a lot of private sector funding for coal power. In addition, China still has further to go to become a climate action leader, including committing to stop building coal-fired plants domestically. Earlier this year, China announced its plan to peak domestic coal use in 2025, but the country currently consumes more coal than the rest of the world combined. The country also has not yet announced a new 2030 climate target to align with its pledge to reach net-zero emissions by 2060. This is a notable gap for the world’s single-largest emitter, when 118 other countries have already submitted updated 2030 targets in the lead-up to COP26 in November.

Recent WRI research found that China can stabilize its carbon emissions by 2022 and begin reducing them after 2026, as well as reduce non-CO2 emissions. Doing so would help prevent the premature deaths of up to 1.89 million people by 2050, as well as avoid $445 billion climate damages.

Some Countries Start to Close the Climate Finance Gap

A new report from the Organisation for Economic Co-operation and Development (OECD) revealed that as of 2019, developed countries were $20 billion short of the $100 billion they promised to mobilize annually by 2020 to support developing countries’ climate action. Since then, the chasm may have widened even more due to the economic impacts of COVID-19.

However, several new announcements during Climate Week promised new funding to help close that gap. President Biden said the United States will double the level of finance from its previous climate finance pledge announced in April, bringing the total to $11.4 billion annually by 2024.

Denmark announced it will contribute 1% of the $100 billion — a big commitment considering the country’s relatively small economy — and will ensure that 60% of its finance goes to adaptation. Sweden and the Netherlands also said they will expand funding for climate adaptation — a much-needed shift in funding priorities that UN Secretary-General António Guterres and vulnerable developing countries have called on all countries to do, given the current disparity in finance for mitigation versus adaptation.

While these new announcements will get developed countries closer to delivering an annual $100 billion to support climate action in developing countries, they are unlikely to fully close the gap. However, Canada and Germany — which also raised their pledges earlier this year — are leading a process for developed countries to put forward a delivery plan to reach the annual $100 billion. Last week’s new funding pledges should trigger more commitments from other developed countries, providing a burst of momentum ahead of COP26 at a time when international solidarity is badly needed to rebuild trust among countries.

Although no countries formally submitted updated 2030 national climate plans (NDCs) during Climate Week, several announced how they intend to further reduce emissions in the coming years, including:

South Africa’s cabinet approved a more ambitious 2030 emissions-reduction target recommended by the country’s Presidential Climate Commission, which could bring the country close to aligning with the global goal of limiting temperature rise to 1.5 degrees C (2.7 degrees F). This will pave the way for submitting an enhanced NDC to the UN in the coming weeks.
India pledged to submit an updated NDC by COP26.

Chile is building on its national strategy for green hydrogen, with new pledges on research and development of this emerging technology. The country aims to become one of the world’s top three green hydrogen exporters by 2040.

Costa Rica and Denmark co-launched the Beyond Oil and Gas Alliance, which aims to encourage more governments to phase out fossil fuels and pursue a just transition to a low-carbon economy.

The United States and European Union launched the Global Methane Pledge, an initiative calling for countries to commit to collectively reduce methane emissions by at least 30% by 2030 compared to 2020 levels. The pledge will be formalized, with additional countries signing on, at COP26.

More than 100 nations signaled their intent at the UN Food Systems Summit to implement national food systems reforms, including to reduce emissions and adapt to climate change.

And more than five years after most countries ratified the Paris Agreement, Turkey announced it will ratify it as well, becoming the last G20 country to do so.

The latest research indicates that despite progress, the world remains off-track to limit the most dangerous impacts of climate change.

According to a new NDC Synthesis report, current 2030 NDCs will increase global emissions by 16.3% by 2030 from 2010 levels. This is in stark contrast to what the latest science tells us is necessary for preventing the worst effects of climate change — emissions must fall 45% below 2010 levels by 2030 to limit global temperature rise to 1.5 degrees C. While NDCs do not encompass all climate efforts underway worldwide — and countries representing almost half of global emissions have yet to submit updated NDCs — it’s clear that there is much more work to do.

A new WRI working paper finds that if the G20 countries formalize their existing climate pledges within updated 2030 NDCs and binding net-zero commitments, they could reduce projected global temperature rise from 2.4 degrees C (4.3 degrees F) to 2.1 degrees C (3.8 degrees F). In addition, if all G20 countries adopted mid-century net-zero commitments and aligned their NDCs with a 1.5-degrees-C pathway, end-of-century global warming could be limited to 1.7 degrees C (about 3 degrees F), keeping the 1.5-degree C target in reach.

To close the 2030 emissions gap, G20 countries need to take strong action in the coming decade and submit enhanced NDCs. According to the analysis, China alone is responsible for about 25% of the emissions gap.

Continuing recent trends, “net zero” was a hot topic at corporate events held during Climate Week: For example, 87 multinational companies announced they would align their climate targets with the international goal to keep temperature rise to 1.5 degrees C (2.7 degrees F). In addition, a group of investment consultants managing $10 trillion in assets pledged that over the next two years, they will align their investment advice with the goal of achieving net-zero emissions by 2050. These investment leaders will work together with other signatories of net-zero initiatives through the Glasgow Financial Alliance for Net Zero.

Of course, these goals are not enough if they aren’t backed up with credible plans on how to reach them. The Science Based Targets initiative, a leader in corporate emissions reductions target-setting, will begin validating companies’ net-zero targets later this year to increase confidence in these plans. More than 1,800 companies are currently working to reduce their emissions with the initiative, and a net-zero validation service can help mainstream this movement.

Meanwhile, 51 city mayors announced a Call to Action on Forests & Climate, urging national and subnational governments, companies and financial institutions to urgently ramp up efforts for forest conservation. The announcement represents a growing movement by cities to support forest conservation and restoration worldwide through their policies, investments and political advocacy.

Up Next: Ensuring an Ambitious and Just COP26 Outcome

To make a safe and fair future possible, progress made this past week must be but a preview of what’s to come between now and the end of COP26. At the end of the day, what has happened so far is simply not enough.

Vulnerable countries in particular are fed up with unfulfilled promises and insufficient action from the global community, especially major emitters and advanced economies. They are demanding action and support that are commensurate with the scale of the challenge. For the first time in seven years, the 39 members of the Alliance of Small Islands (AOSIS) endorsed a new Leaders’ Declaration that outlines priorities in response to the latest IPCC report. It calls out G20 countries on their subsidies to the fossil fuel industry, which generates the majority of global greenhouse gas emissions, and urges enhanced solidarity and action from the international community.

The ACT2025 Alliance Statement — produced by a consortium of organizations around the world (including WRI) seeking to amplify the voices of vulnerable nations — outlines areas where progress is essential to reach an ambitious and just outcome at the COP26 climate summit, including: keeping the 1.5-degree C temperature goal within reach, closing the finance gap, setting up the right set of rules within the Paris Agreement to hold countries accountable, stepping up adaptation, and tackling economic and non-economic losses and damages from intensifying climate impacts.

The success of the COP26 climate summit is crucial to prevent the most dangerous climate impacts and ensure a prosperous future for everyone. Success simply won’t be possible without meeting the demands of those most at risk from the impacts of climate change. 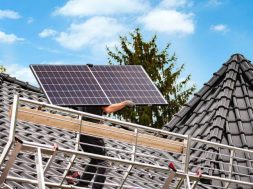 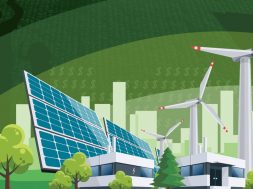