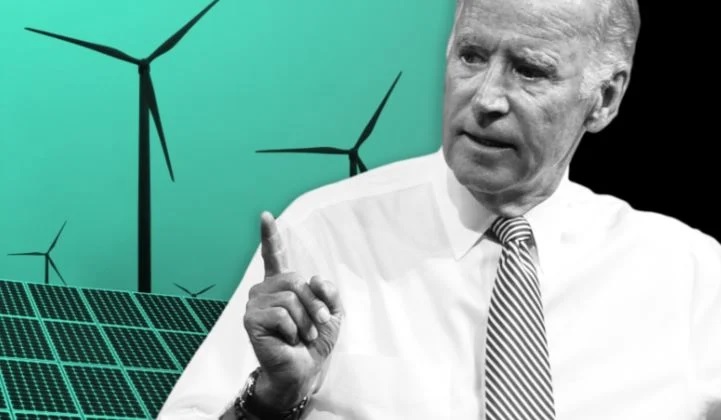 WoodMac: Biden Loss Would End Hopes of US Decarbonization by 2050 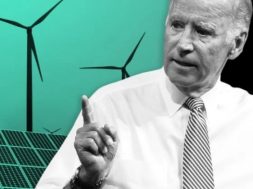 WoodMac: Biden Loss Would End Hopes of US Decarbonization by 2050

The stakes are every bit as high as the energy industry and climate change activists say they are.

The upcoming U.S. presidential election will dictate the pace of decarbonization in the world’s largest economy for decades, according to new research from Wood Mackenzie.

Democratic nominee Joe Biden’s $2 trillion climate plan, including a pledge to set the power sector on a course for complete decarbonization by 2035, would kick the U.S. energy transition into hyperdrive, says Dan Shreve, research director at Wood Mackenzie.

“Biden’s plan teeters between achievable and aspirational, but the backing of energy sector giants could tip the balance and once again establish the U.S. as a leader in the fight against climate change,” Shreve writes in a newly published research note.

“If Biden’s bid fails, the U.S. will forfeit four more years in the fight against climate change. This would dramatically reduce the possibility of eliminating carbon emissions from the region’s power grid before 2050.”

Biden’s plan could spark a rapid expansion of U.S. renewable energy and battery manufacturing, although it remains to be seen whether such growth could be achieved rapidly enough to meet Biden’s targets — or the industry’s needs. The U.S. currently has a mere 4.7 gigawatts of PV module manufacturing capacity, WoodMac says.

While many clean-energy sectors have thrived under the current administration — WoodMac is forecasting record years in 2020 for U.S. solar, wind and battery installations despite the COVID-19 pandemic — President Trump has championed fossil-fuel production and consumption, including coal, the most polluting form of power generation.

Just this week, the Trump administration finalized a new rule weakening an Obama-era regulation designed to prevent coal power plants from contaminating nearby waterways, touting the potential savings for the coal industry. Andrew Wheeler, administrator of the Environmental Protection Agency, is a former coal industry lobbyist.

In 2017, Trump confirmed his intention to pull the U.S. out of the 2015 Paris climate agreement, though he cannot formally do so until November 4, 2020, one day after the election. Biden has pledged to put the U.S. back into the Paris accord if he wins.

In the event of a Biden victory, and assuming he has the political muscle to enact his various pledges, the consequences for U.S. climate and energy policy would be enormous — and perhaps nowhere more so than in the power sector. Biden’s 2035 target for power-sector decarbonization is 15 years ahead of WoodMac’s current base case.

Put together, solar and wind now dominate the market for new power plants in the U.S.; last year the U.S. got more energy from renewables than from coal for the first time since the late nineteenth century. Despite Trump’s affinity for coal, coal-based power generation plunged 30 percent in the first half of 2020, battered by cheap natural gas and renewables, according to the U.S. Energy Information Administration.

At the same time, the U.S. still gets nearly two-thirds of its electricity from fossil fuels, and many utilities continue building new gas-fired power plants, locking in fossil fuel use for decades in the absence of decisive and politically difficult policy intervention.

“The deployment of [1,500 gigawatts] of renewable generation in less than 15 years is a daunting task,” Shreve states in the report. “Doing so at that scale would shake up the hierarchy of the energy industry and turn the power market on its head.”

Shreve warns that the U.S. oil and gas sector, which lags European companies such as BP and Shell in clean-energy investments and commitments, risks being left behind.

“The oil and gas sector must carefully hedge against a failure of the carbon capture, utilization and storage market to reach commercialization,” he wrote. “Failure to engage now may result in surrendering market position to a burgeoning club of energy majors in a zero-carbon future.”