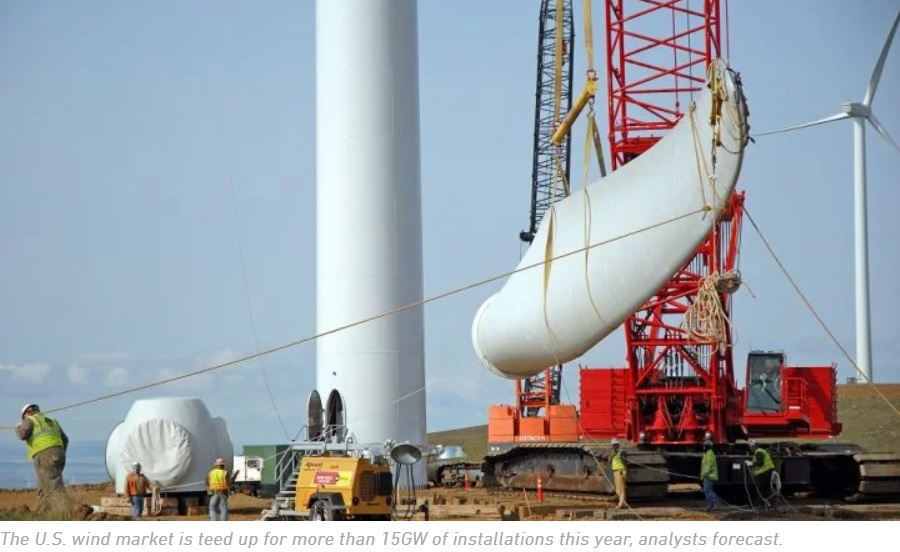 Three-Quarters of New US Generating Capacity in 2020 Will Be Renewable, EIA Says 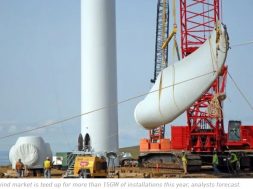 Three-Quarters of New US Generating Capacity in 2020 Will Be Renewable, EIA Says

2020 will be a record year for U.S. renewables construction as 6 gigawatts of coal capacity goes offline, according to new government figures.

The U.S. Energy Information Administration has confirmed what it and industry watchers predicted a year ago — that wind and solar power will expand on their already-large share of new U.S. generation capacity in 2020.

According to EIA data released Tuesday, wind and solar will make up 32 of the 42 gigawatts of new capacity additions expected to start commercial operation in 2020, respectively, dwarfing the 9.3 gigawatts of natural-gas-fired plants to come online this year.

EIA’s numbers also break records for both wind and solar in terms of annual capacity additions. The 18.5 gigawatts of wind power capacity set to come online in 2020 surpasses 2012’s record of 13.2 gigawatts and pushes total U.S. production well past the 100-gigawatt milestone set in the third quarter of 2019.

Wood Mackenzie is expecting 15.2 gigawatts of new wind this year, with some projects delayed into 2021 amid a historic wind construction boom.

Meanwhile, EIA’s forecast of 13.5 gigawatts of utility-scale PV would break 2016’s record 8 gigawatts, with growth heavily concentrated in just four states: Texas with 22 percent of the national market, California at 15 percent, Florida at 11 percent and South Carolina at 10 percent. And EIA’s projection of 5.1 gigawatts of distributed solar to be installed this year, part of its Short-Term Energy Outlook forecast, would break annual records for rooftop PV.

These solar forecasts line up with those from the latest U.S. Solar Market Insight report from Wood Mackenzie and the Solar Energy Industries Association. They also correspond to trends EIA predicted back in January 2019 when it declared wind and solar the likely fastest-growing resource for “at least the next two years.”

Driving this expansion is the coming expiration of the federal Investment Tax Credit for solar power and Production Tax Credit for wind power, which sets hard deadlines for completing projects seeking the credits. While Congress in December extended the PTC through 2020 for future wind farms, solar industry lobbying failed to win an extension of the ITC past current plans to phase it down to a permanent 10 percent for developers by 2022.

EIA’s latest data also puts the focus on coal’s continued decline, with coal-fired power plants making up 5.8 gigawatts of the 11 gigawatts of capacity retirements scheduled for 2020, half of it in Kentucky and Ohio.

Older natural-gas-fired power plants in California will account for most of the 3.7 gigawatts of natural-gas retirements projected for the year; two closing nuclear power plants — New York’s Indian Point and Iowa’s Duane Arnold Energy Center — will remove 1.6 gigawatts of capacity.