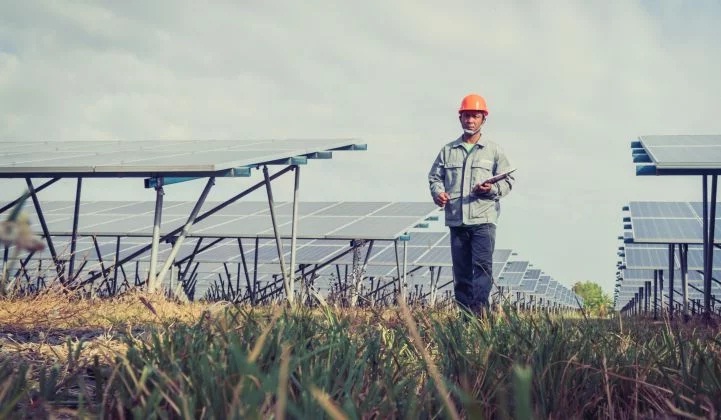 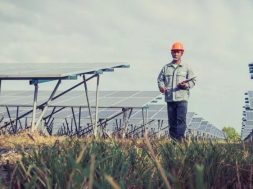 But China is working on several new policies with the potential to boost corporate-led deployment in the world’s largest wind and solar market.

This year is on track to be another record-setter for corporate renewables purchases, and while the U.S. is still the engine driving the market’s growth, China is now on the horizon.

So far in 2019 companies have signed deals for 8.6 gigawatts of clean energy globally, according to the latest numbers from Bloomberg New Energy Finance. That outpaces last year when, at this time, companies had signed agreements for 7.2 gigawatts of wind and solar. Corporations purchased over 13 gigawatts in total last year.

The U.S. made up the majority of last year’s deals, accounting for 8.5 gigawatts of the global total. That trend holds this year, with companies in the U.S. signing up for nearly 6 gigawatts, or 70 percent of deals worldwide.

Texas accounts for 40 percent of U.S. activity this year, thanks to its rich wind and solar resources and deregulated electricity market. While wind has dominated the corporate renewables market in years past, solar is beginning to catch up, as Greentech Media has covered.

Of the various types of corporate deals, virtual power purchase agreements remain the default choice for many customers, allowing them to circumvent utilities and the green tariff programs they offer. BloombergNEF analyst Kyle Harrison said the U.S. has reached “triple digits when it comes to virtual PPAs.”

“There’s more of a blueprint for signing them,” said Harrison. “There’s [also] a lot of advisory companies in the market that are very experienced at holding company’s hands through these deals.”

Virtual PPAs also allow corporations to dodge the “animosity” that’s pervaded the utility-customer relationship in some regions, where companies are looking to buy more renewables than the utility can manage.

Harrison pointed to conflicts in Nevada, where NV Energy opposed retail choice, and in Virginia, where Dominion has faced corporate pressure to move towards a more renewable-heavy energy mix and recently proposed a green tariff program that would undercut competitive service providers.

“That animosity has led to a little bit of apprehension on the buyer’s side,” said Harrison.

The view from China

Despite those tensions, the U.S. market for corporations is significantly more flexible than other national markets.

“A lot of the markets in Asia, like China and Japan, are so rigid when it comes to options for buying clean energy from a corporate standpoint,” said Harrison. “It’s very limiting.”

By contrast, U.S. corporations can freely pursue virtual power purchase agreements in any of the U.S.’s deregulated markets. In regulated markets, Harrison said, over 15 utilities offer green tariffs. Many offer more than one.

The U.S. also dominates the RE100 list, a group of corporations committed to 100 percent renewables. Though Japan has 20 companies on that list, Harrison said many of them have pushed renewables commitments out to mid-century because of a lack of options.

“Companies are acknowledging that right now in the short-term there’s no easy way for them to buy clean energy in their domestic market,” said Harrison. “They’re going to take a wait and see approach.”

That should soon change, at least in China. The country is working to implement two new policies that have the potential to markedly increase corporate-led renewables deployment.

First, companies will have to meet a renewable portfolio standard — similar to initiatives being announced by U.S. utilities, said Harrison — and get a certain portion of their electricity from renewables.

The Chinese government is also piloting a 1.5 gigawatt “prosumer” program across 26 cities, which encourages onsite renewables. What companies don’t use they can export to the grid.

While Harrison recognizes those initiatives aren’t necessarily “going to transform the market,” in comparison to the U.S.’s big-time deals, they could significantly grow activity in China. They should also push policymakers to widen buying opportunities so companies can meet the targets.
But, Harrison said, “it still remains to be seen how much of a true gamechanger it will be.”