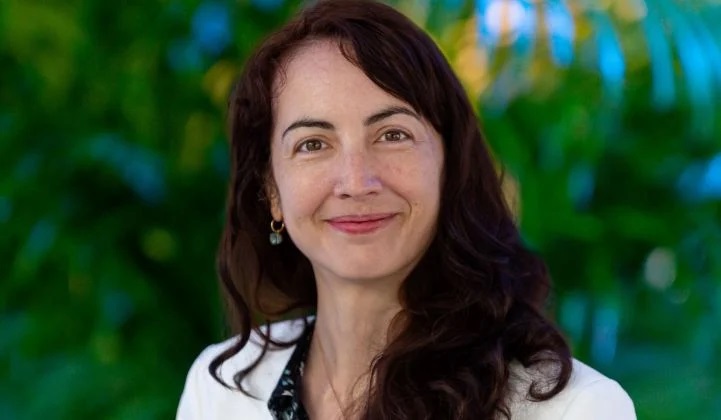 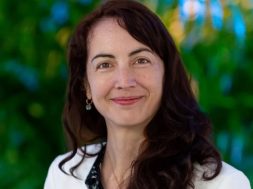 French power giant plans to ramp up investments into U.S. batteries, hybrid renewables and offshore wind — but gas plants are off the menu.

Engie is on the lookout for more clean energy acquisitions in the U.S., where the company plans to ramp up its investments into grid-scale batteries, hybrid renewables projects and offshore wind, says North America chief Gwenaëlle Avice-Huet.

With a long history in fossil fuels and nuclear energy, Engie has pivoted dramatically toward renewables over the past few years — a strategy that included the U.S. acquisitions of wind developer Infinity Renewables, solar installer SoCore Energy and battery storage company Green Charge Networks.

“Do we want to continue with acquisitions? I would say yes because we want to be big in the U.S.,” said Avice-Huet, who moved from France to Texas a year ago to oversee Engie’s 6,300-person North America division. “This is a huge playground and a core geography for us strategically.”

It’s been a tumultuous few years for Engie, which traces its corporate history back to the construction of the Suez Canal. The company’s stock trades publicly, but the French government is its largest shareholder.

In 2015 the company changed its name from GDF Suez to Engie to reflect its new clean-energy focus. It set ambitious targets for renewables, decarbonization and gender diversity in its management, and in 2016 named Isabelle Kocher CEO, the first woman to lead a blue-chip French company.

It hasn’t always gone smoothly. In February Engie’s board of directors ousted Kocher; last month the company scrapped its dividend and withdrew its 2020 guidance amid the coronavirus pandemic. On Tuesday the company announced it will exit more than two dozen countries, with its energy services business hit hard by the coronavirus.

Engie was slower than some European peers like EDF and Iberdrola in pressing into the U.S. renewables market, but it’s taken up the strategy with vigor. Through its acquisitions, the company now holds a leading position in the corporate renewables market — a market Avice-Huet expects to sustain itself through the pandemic and any downturn.

Last year Engie signed more U.S. corporate wind deals than any other developer, according to the American Wind Energy Association, with a list of renewables customers that includes Microsoft, Walmart and Target.

Engie installed 500 megawatts of U.S. renewables last year and is building another 2 gigawatts this year, equivalent to two-thirds of its planned global additions.

Engie claims to be the world’s largest independent power producer, with nearly 100 gigawatts of generating capacity globally, including substantial amounts of gas-fired and nuclear plants.

Despite Henry Hub natural gas spot prices below $2 per MMBtu, Avice-Huet said Engie is not investing in new U.S. gas plants — no small thing for a company once known as Gaz de France (GDF).

“My journey in the U.S. is very much focused on the acceleration of renewables,” she said in an interview.

Big batteries and floating offshore wind
More and more corporate renewables deals will involve hybrid projects marrying wind, solar and batteries, Avice-Huet said. Last year Engie announced a deal with Microsoft that will pair the output from a wind farm and solar array in Texas, along with a “volume-firming” agreement that will see Engie supplying power on a 24/7 basis.

“This is the future evolution of renewables in the U.S.,” Avice-Huet said.

Engie supplies the city of Houston with solar power from its Holman project in Texas. (Photo: Engie)

“But today we’re looking much more at developing utility-scale [storage projects],” Avice-Huet said, with an eye to pairing batteries with renewables.

With much to do on American soil, Engie is also looking off the coastline. Through its recently created offshore wind joint venture with EDPR, Engie will get a stake in developer Mayflower Wind, which won Massachusetts’ second offshore wind procurement last year with an 804-megawatt project.

Engie is part of a consortium that installed the world’s tallest floating turbine off the coast of Portugal earlier this year, and the company is looking “very closely” at floating wind projects offshore California.

Texas: The heart of U.S. renewables
A dose of culture shock might be expected to accompany a move from Paris to Houston, the heart of America’s oil and gas industry. But Avice-Huet points out that Texas has a claim to being the capital of the U.S. renewables market — home to nearly 30 gigawatts of wind farms.

Texas is “where renewables are happening,” she said. Engie is already supplying Houston with the output from a 65-megawatt solar plant and has been working with the city on a climate-change mitigation plan.

While Engie is advocating for a carbon price in the U.S., the real momentum for the energy transition is coming from states, cities and corporations, she said. “New avenues are opening extremely fast in this country.”

0
0   0
previous Macquarie's Green Investment Bank to compete for Scottish offshore wind lease
next In a First, Renewable Energy Is Poised to Eclipse Coal in U.S.