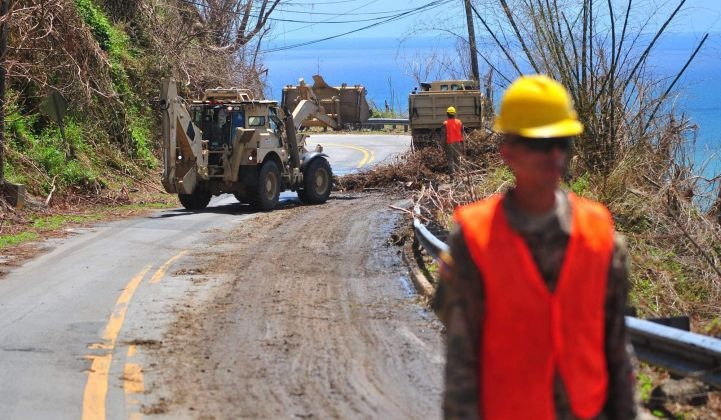 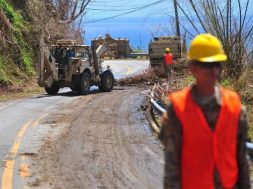 The majority of microgrids aren’t deployed immediately after a storm, and most still don’t include multiple clean energy technologies.

After Hurricane Irma and then Hurricane Maria tore through Puerto Rico and ripped out its electricity infrastructure, renewables developers quickly descended on the island to offer clean energy and resilient solutions such as battery storage, residential solar and microgrids. Leading industry names like Tesla, Sunrun and Siemens all angled to get a slice of what was seen as a growing market.

Though that rush has left the island with more clean energy infrastructure, that’s not always the result of large-scale disasters, according to new research on microgrids from Wood Mackenzie Power & Renewables.

Of all the microgrids installed in the U.S. since 2012, only a quarter of the systems and 14 percent of capacity were built after large hurricanes or wildfires, WoodMac says. 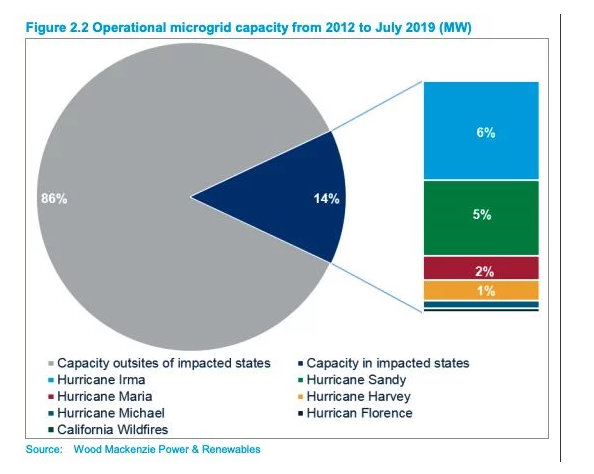 “The majority of microgrid installations are not built after disasters,” writes the report’s author, Isaac Maze-Rothstein. “The microgrid market is not significantly impacted by these individual crises, even if some systems are installed.”

WoodMac notes that its analysis likely “underestimates the total number of systems that will ultimately be built” after the disasters it examined, because three of those events happened in the last year. The development window for microgrid projects can stretch beyond 12 months.

With that caveat, WoodMac’s data shows that of U.S. microgrids deployed post-disaster, only 1 percent used multiple distributed energy resources like solar-plus-storage. Instead, customers generally favor small, modular systems that run on diesel or natural gas and can be deployed quickly.

Puerto Rico is the exception here. The island saw a swell of small commercial solar-plus-storage systems installed after Maria and Irma. But consumers there still favored modular microgrids with speedy installations, and for obvious reasons: Many on the island went without power for months.

The time it takes to design and install bespoke systems remains a lasting damper on the microgrid market. Maze-Rothstein suggests an attenuated installation timeline could help advanced microgrids (defined as those that include multiple distributed energy resources) compete with the basic microgrids most often chosen in areas impacted by disaster.

The biggest opportunity for growth lies in areas with repeated disasters or consistent power inaccessibility, as opposed to one-off horrific storms, Maze-Rothstein said.

For now, Maze-Rothstein points to states such as California and New York as among the ripest for increased deployment. These states combine repeated extreme weather events with policy support for new projects, which could equate to more installations in the name of resiliency.

California is already proving that example. During the extreme 2017 wildfires — which were quickly outranked in size by last year’s wildfires — a microgrid located at a Northern California vineyard survived, raking in media coverage and a state award. One of the state’s investor-owned utilities, San Diego Gas & Electric, has proposed the installation of 100 megawatts of microgrids with battery storage to prepare for wildfires.

Companies such as Simplify and Scale Microgrid Solutions have created products specifically catering to the California market, Maze-Rothstein said.

“Public power safety shutoffs,” a tool used by the state’s investor-owned utilities to cut power during high wildfire conditions, will likely only increase the value proposition for customers as some go without power for hours or even days when winds and temperature are high.