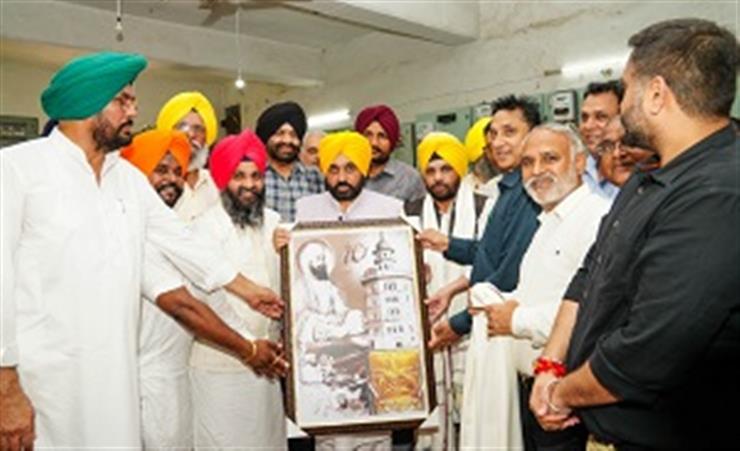 After dedicating 66KV Butaari-Beas line to the people, the Chief minister said that in a path breaking initiative the Aam Aadmi government in the state has provided 600 units of free power per billing cycle to every section of society.

The Chief Minister said that for the first time in history of state farmers have got regular, uninterrupted and surplus power. Bhagwant Mann said that neither there was any power cut for farmers nor for others

The Chief Minister said that the state government is taking path breaking initiatives for the progress of state and welfare of people. He said that this important line that will regularly illuminate 70 villages of the border districts have been hanging in fire since last one decade. However, Bhagwant Mann said that after assuming the charge of office he had asked the officers to ensure that all such projects are completed at the earliest.

The Chief Minister said that the total expenditure incurred on the project has been Rs 4.40 crore. He said that the project will benefit more than 2 lakh consumers who will no longer have to unscheduled face power cuts or overloading. Bhagwant Mann said that four power stations viz. 66KV Lidhar, 66 KV Beas, 66 KV Butaala and 66 KV Sathiala are connected with it.