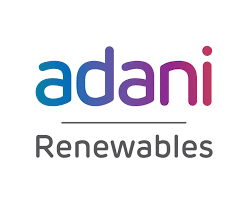 Adani Green Energy Limited (AGEL) share hit the upper circuit of five per cent on May 17, 2021. The hit was recorded amidst the reports saying that the firm was checking a proposal to purchase Japan’s SoftBank Group’s majority stake in solar power producer SB Energy.

On BSE, the stock opened at a gain of 4.69 per cent at Rs 1,139 and gained 8.81 per cent in two days. It further recorded at the rise of 8.81 per cent returns in this period. Adani Green Energy stock touched an intraday high of Rs 1142.55, rising by 5 per cent on the Bombay Stock Exchange. The large cap stock closed at the same level later.

In a year, the stock gained 396 per cent and recorded a rise of 8.55 per cent by the start of this year. On BSE, the market cap of Adani Green Energy rose to Rs 1.78 lakh crore.

Previously, the plan to sell SoftBank’s entire 80 per cent stake in SB Energy to Canada Pension Plan Investment Board (CPPIB) for around $525 million was unsuccessful.

In India, SB Energy has a portfolio of 7.7 GW and Bharti Enterprises possesses the remaining 20 per cent stake in the company. The sale process was handled by Bank of America and Barclays.