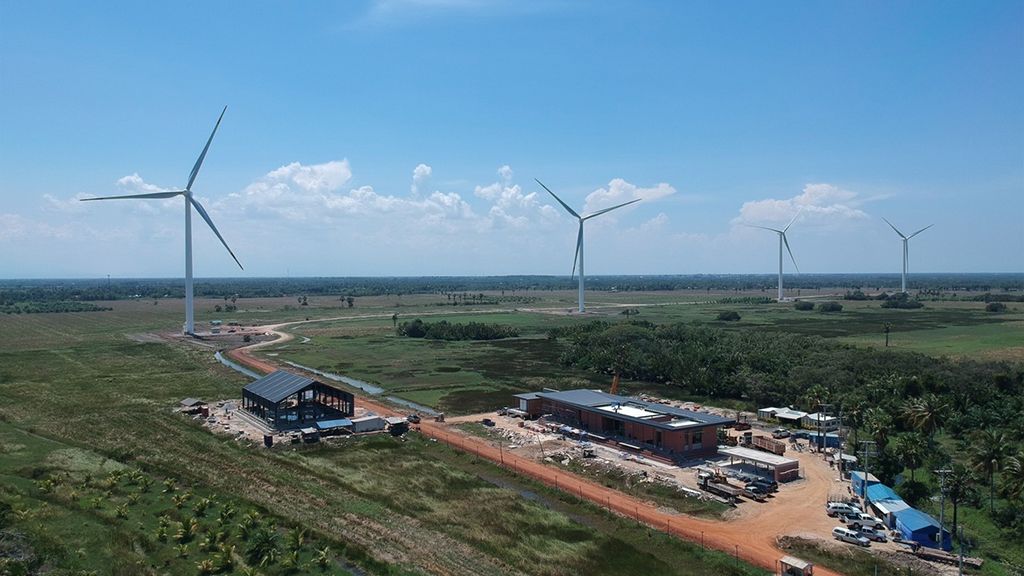 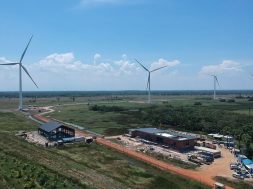 The Southern Thailand Wind Power and Battery Energy Storage Project is the first private sector initiative in Thailand to integrate utility-scale wind power generation with a battery energy storage system. The battery system will allow energy to be stored when the wind turbines generate more power than the grid is able to absorb, which will help ensure the stability and reliability of the renewable energy source.

“This project contributes to Thailand’s Power Development Plan targets for clean energy and also demonstrates the potential of integrated renewables and batteries to provide clean energy for southern Thailand,” said Infrastructure Finance Division Director for Southeast Asia, East Asia, and the Pacific at ADB’s Private Sector Operations Department Jackie B. Surtani. “This will enhance the resilience of the region’s electricity grid, provide energy security for communities, and support economic growth across the country.”

“Lomligor is the first wind power plant in Thailand to adopt energy storage system technology as the solution to the intermittency of wind power,” said BCPG President Bundit Sapianchai. “This will help enhance energy management efficiency and the resilience of energy grids. We are grateful to ADB for acknowledging the initiative of Lomligor Project in applying energy storage system technology to energy production and providing BCPG with such significant financial support including Clean Technology Fund (CTF) mobilization for the project.”

The project will help increase the supply of renewable energy to Thailand’s domestic grid. It is expected to generate at least 14,870 MWh of electricity per year while reducing 6,364 tons of annual carbon dioxide emissions in the country beginning in 2020.

As part of ADB’s blended finance offering for the project, ADB will administer a $4.75 million concessional loan provided by CTF. The concessional loan was critical in overcoming some of the project’s bankability challenges and supports the scaling up and replication of battery storage projects in Southeast Asia. CTF is one of two trust funds comprising the Climate Investment Funds, established in 2008 to provide financing for climate-related development efforts. Kasikornbank PCL is also supporting the project with a THB235.55 million ($7.2 million equivalent) loan.

BCPG is a leading renewable energy company in Thailand with 507.5 MW of total installed capacity in operation and a further 415.0 MW under development. BCPG focuses on investments in renewable energy, including solar, geothermal, wind, hydro, biogas, and biomass.