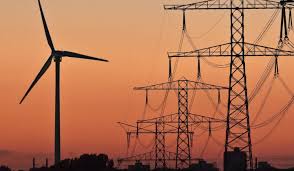 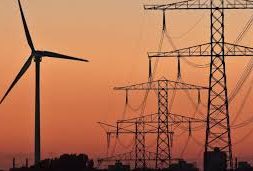 Regulators shot down AEP’s 2 GW Wind Catcher. Now its utilities in Texas and Oklahoma are back with a slimmed-down proposal.

American Electric Power is asking state regulators for the second time in two years to approve a multibillion-dollar investment into wind power, as it races to capitalize on fleeting federal tax credits.

On Monday, AEP announced that its Public Service Co. of Oklahoma (PSO) and Southwestern Electric Power Co. (SWEPCO) utilities are seeking regulatory approval to purchase a total of 1,485 megawatts of wind projects being developed by Invenergy. The three projects in Oklahoma were selected through a competitive RFP launched in January, and the roughly $2 billion investment would help save utility customers about $3 billion, net of costs, over 30 years, the Ohio-based utility group said.

This is the second attempt in as many years by PSO and SWEPCO to gain approval for a major wind farm investment from utility regulators in Texas, Oklahoma, Arkansas and Louisiana, the four states in which they operate. Last year, Texas regulators rejected a proposal by SWEPCO to purchase 70 percent of the 2-gigawatt Wind Catcher project, which was to be the single-largest wind farm in the country, citing concerns about whether it was putting too much cost risk onto the utility’s ratepayers.

AEP announced it was pulling out of the project a day later, saying any further delays could jeopardize the project’s ability to be completed by 2020. That’s the deadline for wind projects to secure 100 percent of the existing federal Production Tax Credit (PTC),which is set to decline to 80 percent for projects completed by the end of 2021, 60 percent for 2022, 40 percent for 2023, and disappear completely by 2024.

CEO Nicholas Akins said a week before the rejection that AEP would not reconsider another project of the size of Wind Catcher, “because that one’s very unique in its scope and scale and the benefits provided.” The company also stated that the project would not be cost-effective if it wasn’t completed by 2020 to take advantage of the full PTC.

But as Wood Mackenzie Power & Renewables analyst Anthony Logan noted in January when AEP put out its RFP, the region where Invenergy plans to build its projects “has just about the cheapest wind in the country.” The new proposal also comes amid a boom for wind power development, according to WoodMac research that predicts the U.S. market will add 23 gigawatts of new capacity through 2020.

Monday’s proposal differs from the Wind Catcher project in several ways. Most notably, the new proposal, while sizable, doesn’t envision the same massive scale of infrastructure development as Wind Catcher did.

Besides the record-breaking challenge of installing more than 800 wind turbines at a single site, Wind Catcher called for the construction of a 360-mile transmission line from the wind farm to Tulsa, Oklahoma.

The transmission line faced local opposition, and with a price tag of $1.6 billion it added significant expense to the project, which made regulators wary. As WoodMac’s Logan said at the time, “this was a giant, hyper-ambitious project that came very close to succeeding, but might have gone a bit too far.”

Secondly, the ownership split between AEP’s utilities is different under the newly configured project, with SWEPCO set to own 810 megawatts of capacity, or about 55 percent of the total, and PSO owning the remaining 675 megawatts. SWEPCO would have owned 70 percent of Wind Catcher.

The latest request underscores the major role wind is set to play in AEP’s future plans. SWEPCO’s latest integrated resource plan, filed in December with the Arkansas Public Service Commission, includes the 1,200 megawatts it plans to add through this latest RFP and calls for a total of 2,000 megawatts in nameplate wind capacity through 2038.

That would make wind 24 percent of SWEPCO’s nameplate capacity mix, up from 8 percent in 2019, with natural gas accounting for 27 percent and coal accounting for 25 percent.