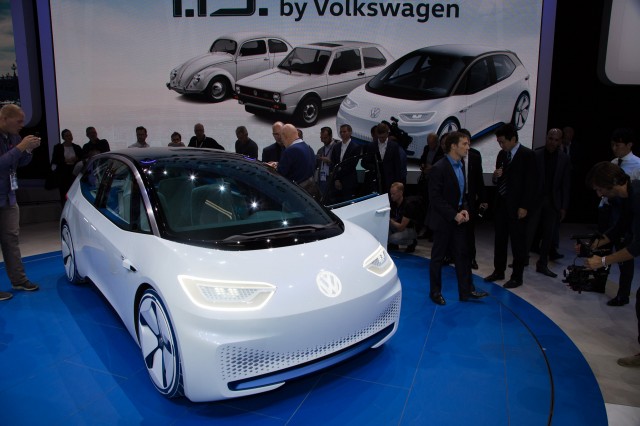 An old tradition, auto shows, could give electric cars a boost 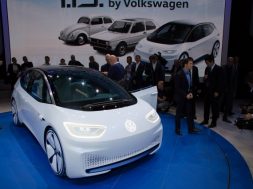 An old tradition, auto shows, could give electric cars a boost

Last summer, Volkswagen Group chairman Dr. Herbert Diess said that he doesn’t believe new-car shows will exist (in their present form) a decade from now, and that “motor shows are dead.”

You might think Volkswagen of America didn’t get the memo. This year it’s investing more of its marketing dollars in auto shows, and it will have a presence at 60 auto shows. It also sees them as a pivotal step to get more people interested in their upcoming electric cars.

The discord wasn’t lost on VW’s U.S. officials, who attempted to explain the distinction last week at the Chicago Auto Show, how and why it’s actually betting heavily on the physical events—just in their evolved form.

“We believe it’s important to continue to be present at auto shows,” said Derrick Hatami, Volkswagen’s sales and marketing VP for the U.S. “We think it’s a way for us to drive overall awareness and consideration for the brand.”

Although auto shows are losing their traction as tightly curated media events generating scores of news headlines, they’re still reaching a lot of people. According to VW, citing Foresight Research, more than 11 million Americans—over 6.9 million households—went to their local auto show in 2018. That was “virtually unchanged from attendance levels over the past few years,” according to a summary that drew from multiple polling sources.

Hatami said that with electric vehicles you have to talk not only about the vehicle itself but about the technology, the charging infrastructure, and how the vehicle is different versus a traditional gasoline vehicle.

“What that means is that there’s a little more education that’s required, and then the physical interaction with the product is critical,” said Hatami. “As we go down this road and get into dedicated platforms for electric vehicles it’s going to be even more important for us in the U.S.”

VW will soon look to incorporate electric vehicles into something similar to what it does today with the Volkswagen Driving Experience—a program that aims for more hands-on time with vehicles—with EV-focused demos showcasing the vehicles’ instant-on acceleration, for instance.

“I think the opportunity at the auto show is really to demonstrate some of the features that without physical interaction it’s hard to accurately describe digitally,” said Hatami. “That’s always been one of the core secrets to our success is that our cars drive differently, they feel different.”

In the U.S. especially, VW sees auto shows as a valuable tool for judging consumer interest in a vehicle. It’s learned a lot through the reaction to some recent concepts, such as the ID Buzz (electric microbus)and the Atlas Tanoak concept (pickup). Hatami admitted that we may not see the same approach in all of VW’s markets, but he pointed to VW’s “unique heritage in the U.S. that’s a benefit and a detriment.”

Auto shows actually help sell advanced-tech vehicles, too, argue VW officials—the ones that you might not see fully represented or explained at dealerships. “It’s the ability to see things altogether under one roof in one place which really minimizes your shopping time and energy.”

In the U.S., where shoppers are largely expected to go to dealerships and sift through inventory, that may actually make the experience at the dealership more positive—and lead to more shoppers choosing the electric cars that VW itself is betting its future on.