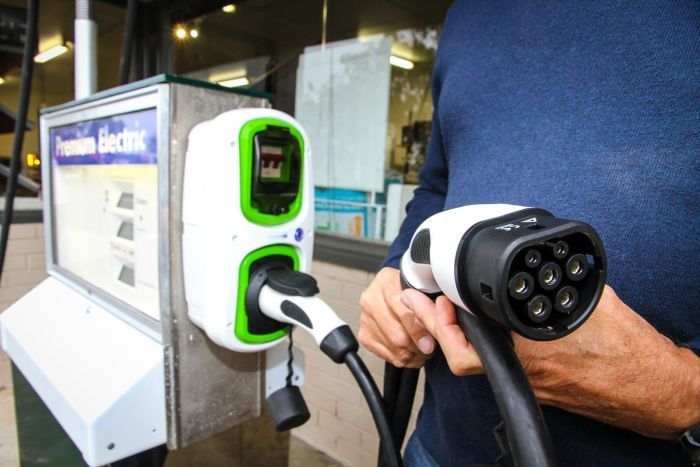 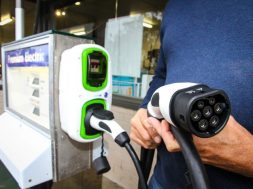 Infrastructure Australia has proposed a national rollout of fast-charging sites for electric cars as one of its most pressing investment priorities over the next 15 years.

Under the proposal, fast-charging sites would be established along the national highway network for use by truck companies and private drivers as part of efforts to boost the amount of fuel-efficient cars on the road.

Australia is lagging in terms of electric vehicle take-up, according to data from Australia’s Electric Vehicle Council (EVC).

They make up just 0.2 per cent of Australian cars, the EVC data said — one-tenth of the global average. In Norway, the percentage of electric cars runs as high as 6.5 per cent.

PHOTO: Only 0.2 per cent of Australian cars are electric vehicles, according to data from the Electric Vehicle Council. (AP: Ng Han Guan)

The electric car industry welcomed the move, but said the Federal Government needed to act quickly for the vehicles to have a future here.

“What we have had for nearly a decade now, everywhere else in the developed world, are national plans which say ‘this new technology is better for our society’,” EVC CEO Beyhad Jafari told The World Today.

“We haven’t had that in Australia.”

Mr Jafari said that the lack of coherent government support had created a “chicken and egg” situation.

Without a charging network, he said, people will not buy cars, and without the cars, there is less incentive for the private sector to invest.

‘You need to have the enabling infrastructure’

How electric cars are breaking our roads

A multi-billion-dollar road funding black hole is looming, caused by the growing popularity of fuel-efficient cars.

“To really take advantage of the benefits that electric cars could provide to the economy you need to have the enabling infrastructure,” she told The World Today.

She said fast-charging stations must be in place before investors could be expected to get involved.

“It really is important now that a proponent be found to actually take up this initiative, and to look at the options for implementation,” Ms Chau said.

“And that may well include private sector participation in the long run.”

Mr Jafari said the key factor was the speed of these fast-charging stations — much faster than the ones people currently use in their homes.

“When we talk about fast-charging infrastructure, the latest technology lets a car gain 400 kilometres of charge in 10 minutes,” he said.

Currently, he said, the type of charging available in people’s homes, or shopping centres or hotels, would take between two to four hours to fully recharge a vehicle.

Mr Jafari said the ball was in the Government’s court.

“We have had Federal Government ministers say: ‘Electric vehicles are fantastic, they’re going to provide huge economic benefits for us,'” Mr Jafari said.

“They just haven’t backed that up with any actions.”

He told AM he had had an overwhelming amount of interest from the private sector to invest in charging infrastructure, but investors needed initial certainty to start the process.

“They know they will invest in this infrastructure at some point, and they’re wondering ‘well, when is that some point for Australia?'” Mr Jafari said.

“‘When will Australia catch up?’ Because for everyone else, it was eight to 10 years ago.”

If fast-charging sites are introduced and more electric vehicles appear on Australia’s roads, there could be disruptive consequences.

Data from the Productivity Commission in 2017 said the average vehicle was charged more than $1,300 by state and federal governments each year to stay on the road.

Of that, $607 went to fuel excise, the tax paid on every litre of petrol that goes to the Federal Government.

If there was an increase in fuel-efficient vehicles on Australia’s roads, the CSIRO has predicted that revenue coming from fuel excise would drop by almost half by 2050, leading to an increasing gap in roads funding.

The Federal Government has said it is looking at ways to more closely link how people use the roads with what they pay. 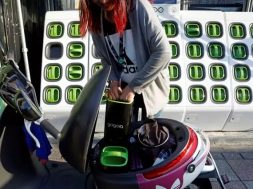