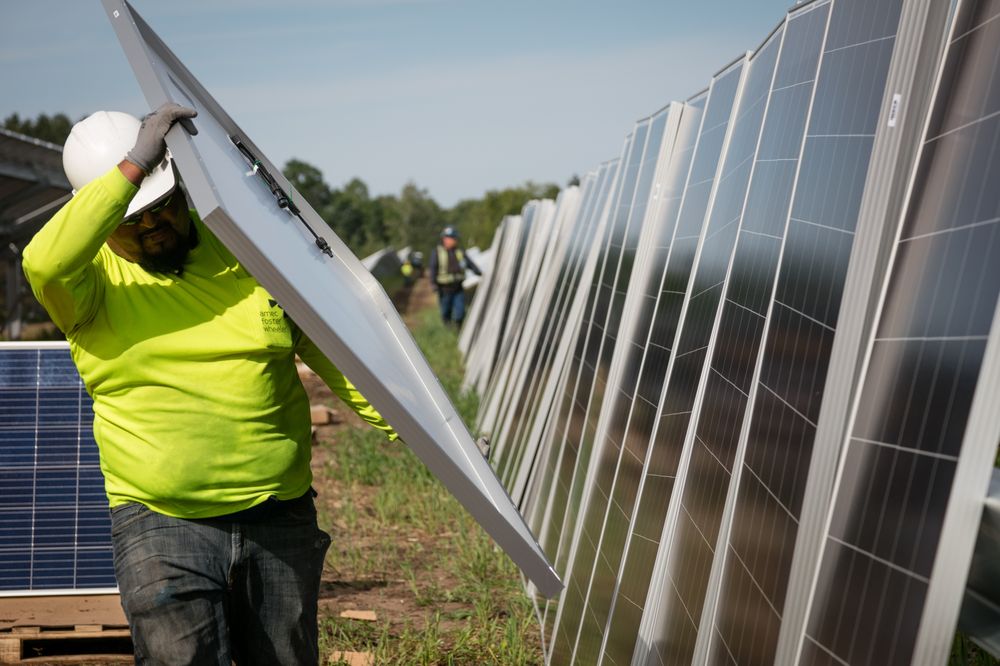 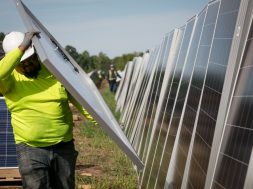 Tariffs on solar panels imposed nearly two years ago by President Donald Trump to boost U.S. manufacturing are now the focus of a battle in Washington over whether the measures should be amended.

The U.S. International Trade Commission is holding a hearing Thursday as part of a midterm review of the levies, scheduled to decline in 2020 and 2021. Suniva Inc., a Georgia-based panel maker that first asked Trump for protection from Asian rivals, has asked the commission to curtail those reductions. Yet the industry’s leading trade group says the duties should be eliminated early.

“We’ll be advocating for the administration to drop the tariffs altogether or at least grant reasonable exclusions to the tariffs,” Abigail Ross Hopper, chief executive officer of the Solar Energy Industries Association, the industry’s leading U.S. trade group, said on a call with reporters. “Our fear however is that the administration will somehow make them harsher.”

The tariffs are part of Trump’s overall strategy to fight China and other trading partners that he argues take advantage of the U.S., leading to a record trade deficit. Since early 2018, the Trump administration has ratcheted up tariffs on an assortment of products and materials.

Since the solar duties went into effect, at least three Asia-based panel makers have opened factories in the U.S. SunPower Corp., a San Jose, California-based company, bought and refurbished a factory in Oregon. And the largest U.S. solar manufacturer, First Solar Inc., expanded operations in Ohio.

“It’s hard to dispute that the tariffs are doing what they intended to do,” SunPower Chief Executive Officer Tom Werner said in an interview Thursday on Bloomberg Television.

The duties, however, upended the market for developers that build solar farms and rely on cheap imported equipment from Asia. The U.S. solar industry lost 8,000 jobs in 2018, a 3.2% drop, as companies braced for the tariffs to take hold, according to a report by the Solar Foundation.

Suniva has argued that those 5% reductions should be scaled back. The company cited “headwinds” such as an exemption to the tariffs for certain solar panels, currently the subject a court dispute, and the stockpiling of solar cells by U.S. companies have undercut the tariffs’ effectiveness.

The solar industry trade group is arguing the tariffs were unwanted in the first place and have caused more economic harm than benefit. The group released an analysis that said if left in place, the duties will cost the industry $19 billion in investment and will lead to 62,000 fewer jobs by 2021.

It’s questionable whether the tariffs have actually reduced demand for imported panels. One of the world’s largest solar-panel manufacturers, China’s JinkoSolar Holding Co., expects U.S. demand for its products to surge nearly 45%, to 4 gigawatts, in 2020.

While the duties inflate prices, the overall cost of solar equipment has fallen so low that panels are cheaper than ever — even with tariffs. And while installations initially fell after the measure took hold, they’ve since rebounded.

It’s possible that the trade commission review results in no action, but the potential for a recommendation has set off a lobbying frenzy.

Companies including LG Electronics Inc., utility NextEra Energy Inc. and EDF Renewables Inc. are scheduled to appear to weigh in on the review. So are representatives from the embassies of Korea and Indonesia.

“This has been very heavily lobbied on both sides,” said Gary Hufbauer, a nonresident senior fellow at the Peterson Institute for International Economics. “If they say it’s done more harm than good, then when it gets to the president that would influence him to some extent.”

“We believe the probability of something happening is meaningful,” Roth Capital Partners wrote in a research note earlier this fall.