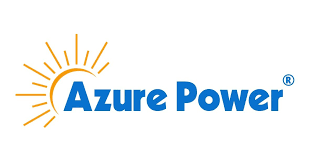 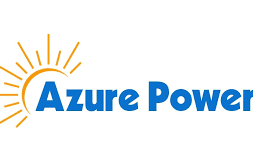 Portfolio revenue run-rate equals annualized payments from customers extrapolated based on the operating and committed capacity as of the reporting dates. In estimating the portfolio revenue run-rate, the Company multiplies the PPA contract price per kilowatt hour by the estimated annual energy output for all operating and committed solar projects as of the reporting date. The estimated annual energy output of the Company’s solar projects is calculated using power generation simulation software and validated by independent engineering firms. The main assumption used in the calculation is the project location, which enables the software to derive the estimated annual energy output from certain meteorological data, including the temperature and solar insolation based on the project location.

Cost of Operations (Exclusive of Depreciation and Amortization)

219.0 million (US$ 3.1 million) compared to the same period in 2017. The increase was primarily due to increase in plant maintenance costs related to newly operational projects. The operating cost per megawatt during the three-month period ended December 31, 2018 was INR 0.19 million, a decrease of INR 0.01 million per megawatt as compared to the same period in 2017.

Effective October 1, 2018, the Company extended the estimated useful life of most of its utility scale projects from 25 years to 35 years. This change in accounting estimate was based on the Company’s various technical evaluations and tests, through which the Company estimated that its solar modules will continue to generate power for at least 35 years at high efficiency levels.

Net interest expense during the three months ended December 31, 2018 decreased by INR 14.1 million (US$ 0.2 million), or 1%, to INR 1,115.8 million (US$ 16.0 million) compared to the same period in 2017. Interest expense decreased on account of increase in interest income partly offset by borrowings for new projects during the quarter ended December 31, 2018.

Cash generated from operating activities for the nine months ended December 31, 2018 was INR 789.0 million (US$ 11.3 million), an increase of INR 383.5 million (US$ 5.5 million) as compared to the prior comparable period, primarily due to increase in revenue during the period.

Cash generated from financing activities increased by INR 8,357.4 million (US$ 120.1 million) to INR 25,114.4 million (US$ 360.9 million), primarily on account of the public issuance of equity shares and new debt raised during the period.

Adjusted EBITDA during the three months ended December 31, 2018 increased by INR 610.6 million (US$ 8.8 million) or 50%, as compared to the same period in 2017 to INR 1,837.5 million (US$ 26.4 million). The increase was primarily due to the increase in revenue and economies of scale on operating costs achieved during the period.

Azure Power is a leading independent solar power producer in India. Azure Power developed India’s first private utility scale solar project in 2009 and has been at the forefront in the sector as a developer, constructor and operator of utility scale, micro-grid and rooftop solar projects since its inception in 2008. With its inhouse engineering, procurement and construction expertise and advanced in-house operations and maintenance capability, Azure Power manages the entire development and operation process, providing low-cost solar power solutions to customers throughout India.

This press release contains forward-looking statements within the meaning of Section 21E of the Securities Exchange Act of 1934, as amended and the Private Securities Litigation Reform Act of 1995, including statements regarding the Company’s future financial and operating guidance, operational and financial results such as estimates of nominal contracted payments remaining and portfolio run rate, and the assumptions related to the calculation of the foregoing metrics. The risks and uncertainties that could cause the Company’s results to differ materially from those expressed or implied by such forward-looking statements include: the availability of additional financing on acceptable terms; changes in the commercial and retail prices of traditional utility generated electricity; changes in tariffs at which long term PPAs are entered into; changes in policies and regulations including net metering and interconnection limits or caps; the availability of rebates, tax credits and other incentives; the availability of solar panels and other raw materials; its limited operating history, particularly as a new public company; its ability to attract and retain its relationships with third parties, including its solar partners; our ability to meet the covenants in its debt facilities; meteorological conditions and such other risks identified in the registration statements and reports that the Company has filed with the U.S. Securities and Exchange Commission, or SEC, from time to time. Portfolio represents the aggregate megawatts capacity of solar power plants pursuant to PPAs, signed or allotted or where the Company has been cleared as one of the winning bidders or won a reverse auction but has yet to receive a letter of allotment. All forward-looking statements in this press release are based on information available to us as of the date hereof, and the Company assumes no obligation to update these forward-looking statements.

We define Adjusted EBITDA as net loss (income) plus (a) income tax expense, (b) interest expense, net, (c) depreciation and amortization and (d)  loss (income) on foreign currency exchange. We believe Adjusted EBITDA is useful to investors in assessing our ongoing financial performance and provides improved comparability between periods through the exclusion of certain items that management believes are not indicative of our operational profitability and that may obscure underlying business results and trends. However, this measure should not be considered in isolation or viewed as a substitute for net income or other measures of performance determined in accordance with U.S. GAAP. Moreover, Adjusted EBITDA as used herein is not necessarily comparable to other similarly titled measures of other companies due to potential inconsistencies in the methods of calculation.

Our management believes this measure is useful to compare general operating performance from period to period and to make certain related management decisions. Adjusted EBITDA is also used by securities analysts, lenders and others in their evaluation of different companies because it excludes certain items that can vary widely across different industries or among companies within the same industry. For example, interest expense can be highly dependent on a company’s capital structure, debt levels and credit ratings. Therefore, the impact of interest expense on earnings can vary significantly among companies. In addition, the tax positions of companies can vary because of their differing abilities to take advantage of tax benefits and because of the tax policies of the various jurisdictions in which they operate. As a result, effective tax rates and tax expense can vary considerably among companies.

Adjusted EBITDA has limitations as an analytical tool, and you should not consider it in isolation or as a substitute for analysis of our results as reported under U.S. GAAP. Some of these limitations include:

Investors are encouraged to evaluate each adjustment and the reasons the Company considers it appropriate for supplemental analysis. For more information, please see the table captioned “Reconciliations of Non-GAAP Measures to the Nearest Comparable GAAP Measures” at the end of this release.