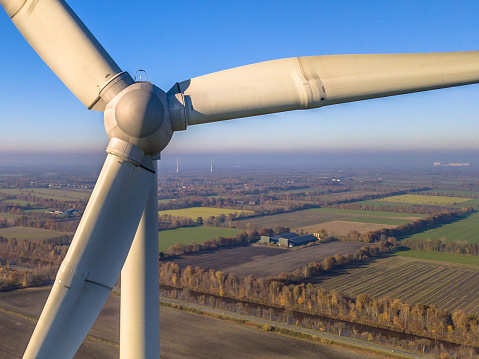 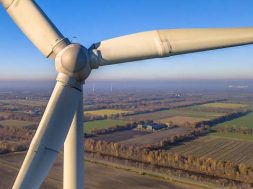 2018 was the first time since 2001 that growth in renewable power capacity failed to increase year on year.

New Delhi: There is bad news for the global renewable energy sector. After nearly two decades of strong annual growth, renewables around the world added as much net capacity in 2018 as they did in 2017, an unexpected flattening of growth trends that raises concerns about meeting long-term climate goals.

2018 was the first time since 2001 that growth in renewable power capacity failed to increase year on year. New net capacity from solar PV, wind, hydro, bioenergy and other renewable power sources increased by about 180 Gigawatts (GW) in 2018, the same as the previous year, according to the International Energy Agency’s latest data. That is only around 60% of the net additions needed each year to meet long-term climate goals.

Renewable capacity additions need to grow by over 300 GW on average each year between 2018 and 2030 to reach the goals of the Paris Agreement. But the latest analysis shows the world is not doing enough. Last year, energy-related CO2 emissions rose by 1.7 per cent to a historic high of 33 Gigatonnes. Despite a growth of 7 per cent in renewables electricity generation, emissions from the power sector grew to record levels. 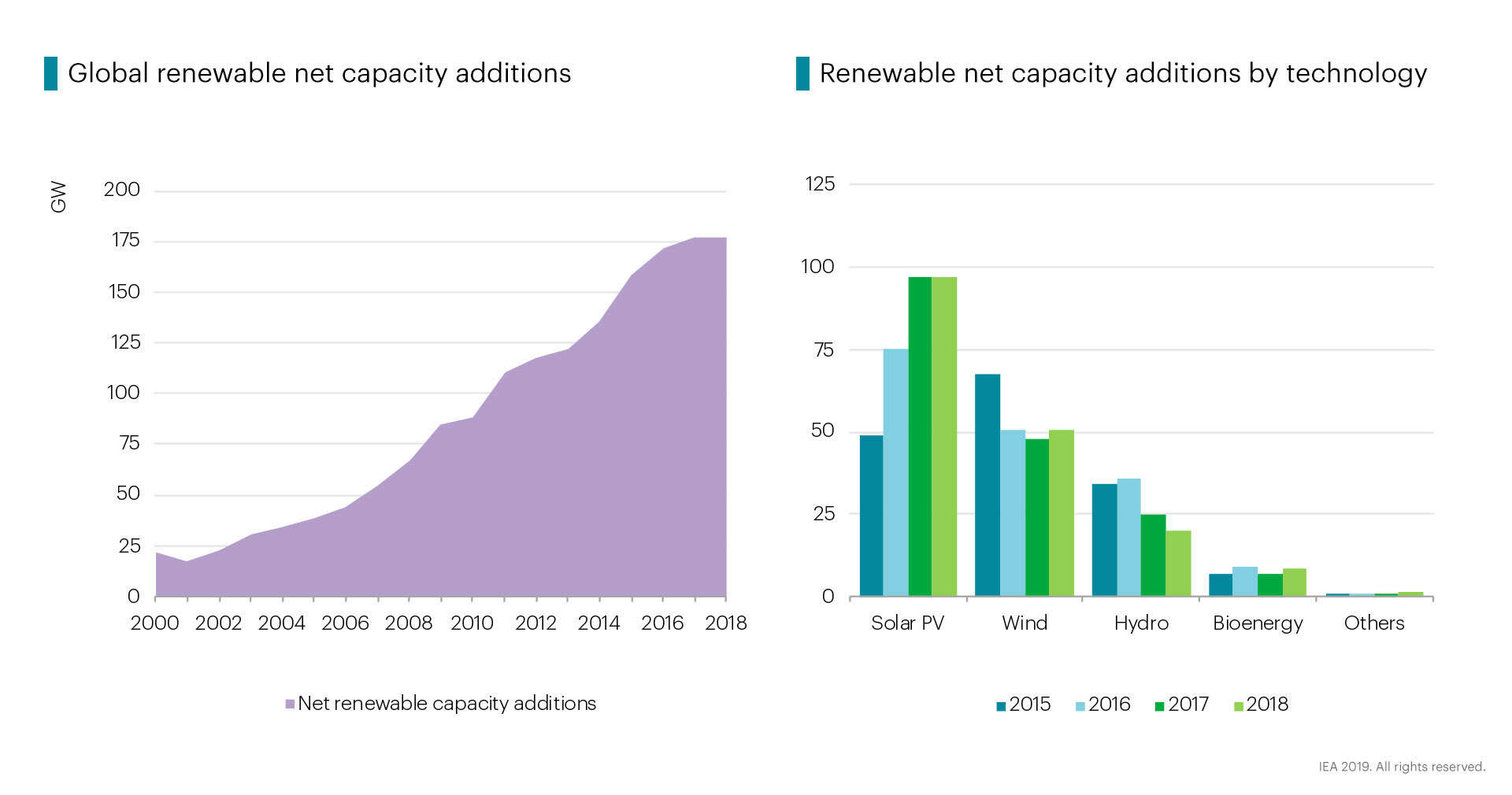 “The world cannot afford to press “pause” on the expansion of renewables and governments need to act quickly to correct this situation and enable a faster flow of new projects,” said Dr Fatih Birol, the IEA’s Executive Director. “Thanks to rapidly declining costs, the competitiveness of renewables is no longer heavily tied to financial incentives. What they mainly need are stable policies supported by a long-term vision but also a focus on integrating renewables into power systems in a cost-effective and optimal way.”

Since 2015, global solar PV’s exponential growth had been compensating for slower increases in wind and hydropower. But solar PV’s growth flattened in 2018, adding 97 GW of capacity and falling short of expectations it would surpass the symbolic 100 GW mark. The main reason was a sudden change in China’s solar PV incentives to curb costs and address grid integration challenges to achieve more sustainable PV expansion. Moreover, lower wind additions in the European Union and India also contributed to stalling renewable capacity growth in 2018.

China added 44 GW of solar PV in 2018, compared with 53 GW in 2017. Growth was stable in the United States, but solar PV additions increased in the European Union, Mexico, the Middle East and Africa, which together compensated for the slowdown in China.

Capacity additions in the European Union, the second-largest market for renewables, saw a slight decline. Solar PV grew compared with the previous year, while wind additions slowed down. Policy transition challenges and changing renewable incentives resulted in slower growth of onshore wind in India and of solar PV in Japan.