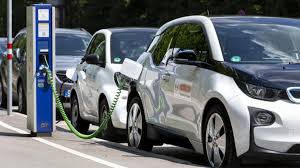 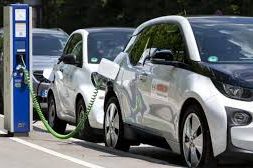 HUBBALLI : The sheer volume of two- and three-wheel automobiles on the roads of North Karnataka accounts for a considerable amount of air pollution in the districts. However, with the aim of considerably cutting down on carbon emissions and give a fillip to sustainable mobility, the state government has given its nod for an electric vehicle manufacturing unit in Bagalkot district, the first-of-its-kind in North Karnataka.

Principal secretary to the commerce and industries department in Karnataka Gaurav Gupta confirmed to TOI that a proposal submitted by Balan Engineering Pvt Ltd to set up the electric vehicle manufacturing unit in Bagalkot district had been approved by the government. “The unit will be set up in Achanur village in Bagalkot, and the company has also agreed to set up solar power plants and chemical units, which will help other companies invest in electric vehicles in the future. We want to encourage sustainable technologies in North Karnataka, which is growing as an industrial sector,” said Gupta.

Managing director of Karnataka Udyog Mitra HM Revanna Gowda said that BEPL would manufacture prototypes of the electric vehicles in Bengaluru. “The company will start with manufacture of three-wheel vehicles for transportation of garbage for urban local bodies. This will be followed by three-wheel cargo vehicles, passenger automobiles and bikes. Once production starts and these vehicles start plying on the roads, Vijayapura and Bagalkot districts will register a sharp drop in pollution levels,” Gowda added.

The manufacturing unit will be set up across more than 140 acres, he said.

BEPL director N Balakrishnan, an electrical engineer, said that the company was a Bengaluru-based start-up engaged in the production of electric automobiles. “We have obtained licence from the state government to set up an electric vehicle manufacturing plant and an assembly unit in Bagalkot. Some of our models have been approved by the competent authorities, while other models are awaiting it. The Bagalkot plant will be a fully-integrated unit, and generate hundreds of jobs directly and indirectly. We zeroed in on Bagalkot as the site for the unit since it is close to Pune-Mumbai, Hyderabad and Bengaluru. We will start construction of the unit in January, and production will hopefully commence in the latter half of 2021,” he said.
‘Addl incentives for manufacture of electric vehicles’