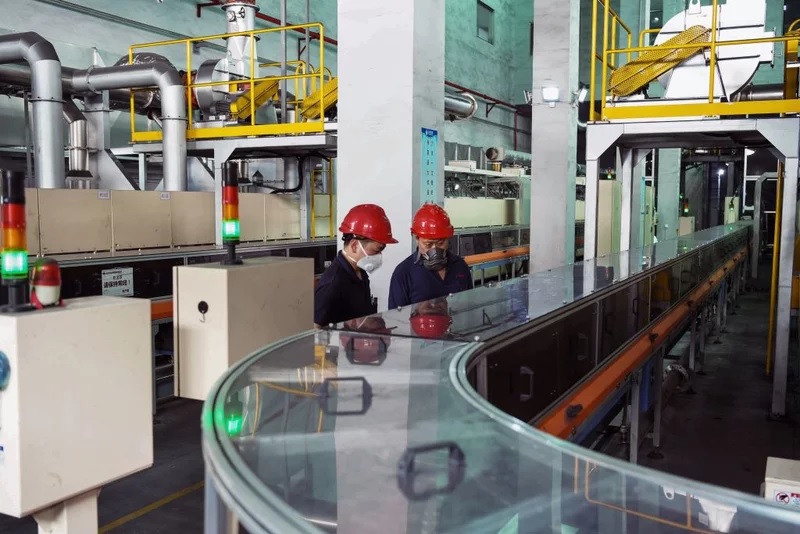 Baking a “Jellyroll”: How Batteries Get Made 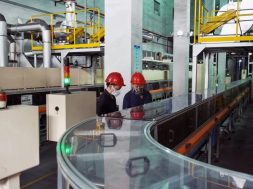 Baking a “Jellyroll”: How Batteries Get Made

Every day around the globe, millions of run-of-the-mill lithium-ion batteries are cranked out. Typically these workhorses of the electronic economy are produced in cavernous, highly automated factories, quiet and soulless places with long linoleum hallways, bright fluorescent lighting, three or four stories of interconnected assembly lines, and workers scurrying around in protective masks and suits so as not to foul the goods.

One of the world’s biggest battery-manufacturing centers is Ningde, a city in China’s Fujian Province. It’s home to Amperex Technology Limited, or ATL, a supplier of batteries for Apple’s iPhone, and to Contemporary Amperex Technology Limited, or CATL, a separate company that has ballooned into one of the world’s biggest battery producers and is working with top auto makers, among them Volkswagen AG, BMW AG, and General Motors Corp.

Both ATL and CATL declined my requests to visit, however, so I headed to Heze. The industrial city in China’s Shandong Province, about 325 miles south of Beijing, is home to Shandong Yuhuang New Energy. That operation is a unit of Shandong Yuhuang Chemical, a company that, among other operations, is building a big methanol plant in Louisiana.

Shandong Yuhuang New Energy makes batteries for an assortment of Chinese consumer-electronics makers and for Link Tour, a Chinese brand whose models include an electric car called the K One. I took a shiny red one for a spin around the Shandong Yuhuang factory. It was no Tesla. But it packed a modicum of punch, and it sold for about $12,000.

A battery contains four main parts: a positively charged electrode, called a cathode; a negatively charged electrode, called an anode; a substance that connects them, called an electrolyte, which typically is a liquid; and a membrane, known as a separator, that prevents certain particles from traveling from one electrode to the other in a “short circuit.” The movement between the anode and cathode of charged particles – ions and electrons – is what powers a device. It’s also what, in a rechargeable battery, allows the battery to be filled with a new supply of electricity from the socket.

Most batteries today get their ions from an element called lithium. Lithium allows for an especially large numbers of ions to be packed into an anode, which maximizes the amount of energy the battery can hold. That’s why most modern devices are powered by “lithium-ion” batteries.

To understand the way most modern batteries are manufactured at places like Shandong Yuhuang’s Heze plant, picture the process as industrialized confection creation. The process starts when workers stir up, in giant vats, two flavors of taffy. One flavor is pumped through a horizontal slit and onto a long sheet of light-colored dough. The other flavor is pumped through a similar slit onto a sheet of darker dough. Then the two sheets of taffy-covered dough are flattened in long rollers, baked in long ovens, and cooled.

Next, with a paper-thin sheet of chocolate in between them, the doughy sheets, still pliable, are fed into a massive machine whirring with wheels and belts. It snips the two sheets of dough and one sheet of chocolate into equal lengths, forming what amounts to a flat, three-layered pastry. Then it rolls that pastry around and around itself on a spool, forming a tight spiral. The spiral is known in the battery business as a “jellyroll,” because, in cross-section, that’s what it looks like. The jellyroll then is smushed and stuffed into a package — perhaps a cylinder, to slide into a flashlight; perhaps a flat rectangle, to snap into a watch or smart phone or to stack, many together, into a bigger box to bolt into an electric car.

Now shift back from dessert to electronics. On the typical battery-assembly line, that light sheet of “dough” is the base of the battery’s cathode; it’s typically aluminum. The dark sheet of dough is the base of the anode; it’s usually copper. The “taffy” atop each electrode is a conductive chemical cocktail. Its composition is key to the battery’s performance, in particular to the amount of energy the battery is able to store. So the recipes for the electrodes’ chemical cocktails differ among manufacturers and are tightly guarded secrets.

The thin sheet of “chocolate” between the two layers of dough is the separator; its composition, too, is the subject of intense fighting among battery firms. If a battery’s separator breaks, electrons can shoot directly from the anode to the cathode inside the battery, creating a short circuit that has the potential to spark a fire.

On the battery-assembly line, after the anode, the separator, and the cathode layers are spiraled around each other and the resulting jellyroll is encased, the electrolyte is injected into the package. At that point, the fully assembled batteries are put into massive racks, plugged into a power source, and — very carefully, so as to avert an explosion — jolted with their initial charge.

I watched this process at a couple of small battery factories. I hoped to watch it, on a bigger scale, at Shandong Yuhuang. Ironically, on the day I visited, the assembly line happened to be shut down. Workers whiled away their day climbing over the millions of dollars’ worth of machines and cleaning them. It turned out that Shandong Yuhuang was between automakers’ orders; the factory resumed production after my visit. But the growing demand for cleaner energy sources is likely to make such lulls an increasingly rare occurrence in a rapidly growing industry.