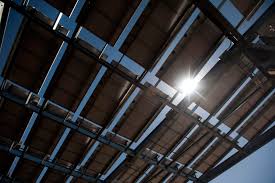 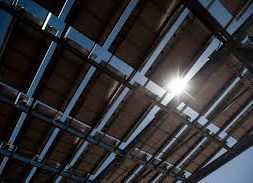 Solar is breaking into a power market that’s long been the domain of big, conventional generators. A key reason: batteries.

New England just approved 145 megawatts of solar systems to provide capacity to the local grid, according to a statement Wednesday, including some from Sunrun Inc. that are paired with batteries that store electricity to use after sundown. It’s the first time sunshine has been a significant participant in ISO New England Inc.’s annual forward capacity auction.

The auction has typically been dominated by plants that burn natural gas and coal, as well as hydroelectric dams and nuclear reactors — big generation facilities that can guarantee power at any moment. With prices for batteries coming down quickly, pairing them with solar panels and wind turbines is becoming more common. That addresses one of the big knocks on clean energy — that it’s not always available — and is helping it compete with conventional power plants.

“Climate change concerns are driving regulators and governments to create ways to accommodate greater penetration of renewables into the electric grid,” Swami Venkataraman, a New York-based analyst at Moody’s Investors Service, said in an email Thursday. “This may only be the beginning of a storage revolution in both the electric and transportation sectors.” 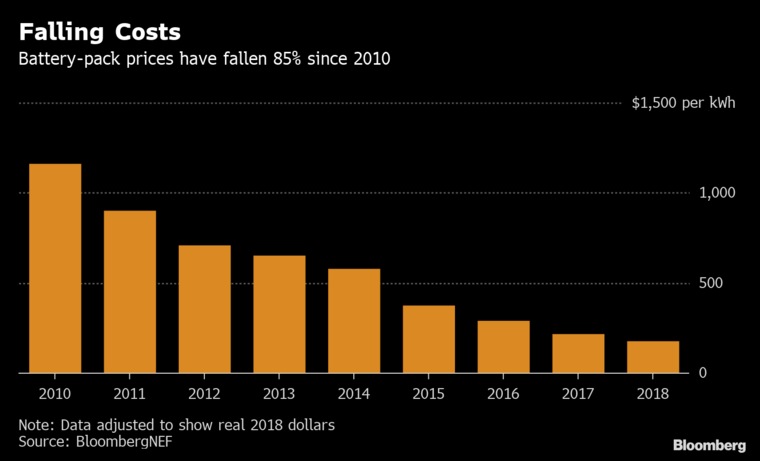 Sunrun, the largest U.S. residential-solar company, won contracts to provide 20 megawatts of capacity to the regional power grid in mid-2022. It plans to store solar power in thousands of battery systems across the region, saving the power until it’s needed on the grid. Capacity auctions help grid operators and power-plant developers make plans for future supplies by guaranteeing a minimum payment to keep existing supplies in operation and attracting new ones.

“It’s moving control and power from the large-scale centralized power plants way off in this distance to the grid edge — to communities, to families,” Chris Rauscher, Sunrun’s director of policy and storage strategy, said in a phone interview Thursday. Sunrun shares gained 1.9 percent at the close in New York.

The auction closed with commitments for 29.6 gigawatts of generation, 4 gigawatts of energy-efficiency and demand-response measures and 1.2 gigawatts of imports that will be available starting in three years.

The price dropped to a six-year low of $3.80 per kilowatt-month, according to the ISO New England, which operates the region’s power grid. The operator didn’t identify the winners or provide a detailed breakdown of what types of power plants won contracts.

Vineyard Wind, an offshore wind developer, was barred from the renewable energy portion of the auction because the project it’s planning off the Massachusetts coast isn’t technically within state borders, as required.

It unsuccessfully sought a waiver to participate. The joint venture of Copenhagen Infrastructure Partners K/S and Avangrid Inc. was able to win a contract through a separate “substitution auction” process to supply 54 megawatts starting in mid-2022, taking over from an existing plant that’s slated for retirement, according to the statement.