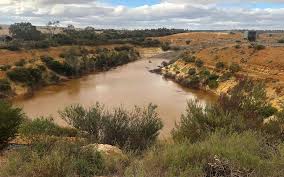 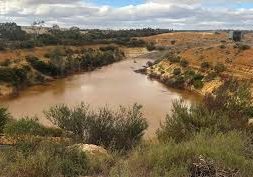 Hydrostor will construct the 5 MW / 10 MWh fuel-free Advanced Compressed Air Energy Storage (A-CAES) facility which will re-purpose the Angas Zinc Mine in Strathalbyn, 60 kilometres southeast of Adelaide, currently in care and maintenance.

The $30 million commercial demonstration project will use the existing mine to develop a below-ground air-storage cavern that uses an innovative design to achieve emissions free energy storage. The facility will provide synchronous inertia, load shifting, frequency regulation and support for grid security and reliability.

Utilising the existing mine will help to increase renewable energy supply to the South Australian and national energy grid while also converting a brownfield site into a clean energy hub.

Hydrostor’s project also received $3 million in funding from the South Australian Government through its Renewable Technology Fund.
The technology works by using electricity from the grid to produce compressed air, which is stored in a purpose-built underground cavern kept at constant pressure using hydrostatic head from a water column.

During charging, heat from the compressed air is collected and stored before the cooled air displaces water out of the cavern up to a water reservoir on the surface. To discharge, water flows back into the cavern forcing air to the surface under pressure where it is heated with the stored thermal energy and drives a turbine to generate electricity.

As a fuel-free storage technology, A-CAES has similar applications to pumped hydro. Most notably, it can provide the dispatchability required to ensure reliability of the power system as more solar and wind power is installed.

ARENA CEO Darren Miller said the pilot project could open up a new form of renewable energy storage in Australia, which helps to support ARENA’s investment in delivering security and reliable electricity.

“While being a commercial demonstration at this stage, Hydrostor’s innovative way to store energy with air could add to Australia’s grid-scale storage capability, complementing pumped hydro and batteries.

“Compressed air storage has the potential to provide similar benefits to pumped hydro energy storage, however it has the added benefits of being flexible with location and topography, such as utilising a cavern already created at a disused mine site,” Mr Miller said.

“It’s always exciting to see old brownfield sites given a new life and utilised for our transition to a cleaner and renewable future,” he said.
Hydrostor CEO Curtis VanWalleghem said: “Hydrostor is very appreciative of the contributions from ARENA and the Government of South Australia for its first Australian A-CAES project.

“We’re excited to have the opportunity to demonstrate the significant benefits of adding our flexibly-sited, low-cost, bulk energy storage to the diverse range of technology helping Australia transition to a lower-cost, high system strength, cleaner electricity grid.”