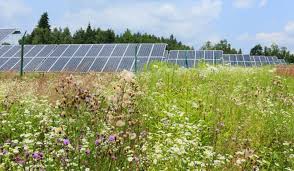 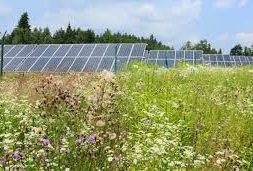 The acquisition fits within the broader trend of institutional investors dipping into solar, and the community solar space in particular. The purchase also marks the first U.S. play for Power Energy Corporation, the Power Corp. subsidiary that focuses its investments on companies with environmental impact.

“The U.S. is a huge market. I like to say that it’s 10-to-one scale between the U.S. and Canada, it’s probably more than that in renewables,” said Pierre-Olivier Perras, president of Power Energy Corp. “We looked at the U.S. market for awhile and felt the community solar space is where we wanted to be.”

Perras added that the “long, predictable cash flow” and “long-standing useful life of the assets” associated with renewables jibes with the steady dividend goals of Power Energy Corp. and its parent.

“You need a bit more agility to operate in the community solar space, you need to have a strong local understanding [and] the financing is a bit more difficult because you’re smaller-scale,” Perras told Greentech Media. “But that comes with higher returns. We like that sector and we feel it’s the future to be closer to the client.”

Laura Stern, a co-CEO of Nautilus, said the acquisition provides the 13-year-old developer clarity for the future and competitive capital so it can focus on scaling. Its current pipeline is 50 to 100 megawatts per year.

“This transaction does bring competitive capital, it also brings benefits of being wholly-owned by such a well-capitalized company,” said Stern. “We have the unusual perspective of having the benefit of a long-term ownership horizon.”

Like Nautilus, Clean Energy Collective, Greenskies, Clearway and Geronimo dabble in other areas of solar, like commercial or utility-scale projects, as well as community solar. But Michelle Davis, a senior solar analyst at Wood Mackenzie Power & Renewables, told Greentech Media in April that a focus on community solar is becoming a financially-savvy option.

“Community solar is the fastest-growing and often most lucrative opportunity for C&I developers,” said Davis.

This latest acquisition from “large capital providers who typically have more conservative views on the market” further proves the growing excitement around community solar within the larger industry, said MJ Shiao, director of corporate strategy and business development at community solar startup Arcadia Power. Arcadia is working with Nautilus on a project in Rhode Island.

“You have these large energy players that are looking for the next exciting thing … and choosing community solar because it truly has a lot of legs,” said Shiao, who previously headed Americas research at Wood Mackenzie Power & Renewables.