Charging your electric vehicle may be about to get a whole lot cheaper.

Renewable power supplier Octopus Energy Ltd. is introducing the U.K.’s first time-of-use tariff, allowing consumers to choose the cheapest time to charge their cars, do the laundry or top-up storage heaters. The energy supplier’s flexible rate will save users money and reduce demand on the grid at the busiest times of the day.

The half-hourly price tracker marketed as “Agile” has been running with about 150 customers on a trial basis since March. Users with their own EVs reduced their peak consumption by 47%, according to a report from Octopus. The average consumer could save about 188 pounds ($243) a year on their energy bill.

The tariff could also reduce the billions of pounds needed to upgrade the U.K’s aging energy networks by decentralizing demand through a smart grid. It will also help support the EV market, Octopus said.

“Our current infrastructure isn’t really up to the job,” Greg Jackson, chief executive officer of Octopus, said in an interview. There’s “controversy in the energy world, a lot of concern, that as we electrify vehicles, the grid — especially the local distribution networks — won’t be able to handle the demand.”

Click here to read more about the U.K.’s energy market

A big unknown for electric vehicles is how charging them will impact consumption. If people arrive home from work and plug in when demand is already at its highest, the network could struggle to cope. On a time-of-use tariff, it will be cheaper to charge outside of peak times.

Britain’s transition to EVs could become the catalyst that energy consumers need to learn about power markets and seek out the cheapest suppliers of electricity.

Lawmakers and the energy industry are hopeful that more savvy energy consumers will engage with smart homes, automated appliances and electric vehicles. There could be as many as 11 million EVs in the U.K. by 2030 and as many as 36 million by 2040, according to a National Grid Plc report.

“We need to do anything we can to speed decarbonization up, not slow it down because our systems can’t cope with it,” Jackson said. “The reality is that what we need is a smart grid to spread the load and that would make a significant impact on the speed” and cost of reducing carbon emissions. 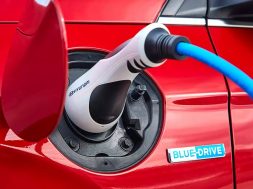