PARIS, May 18, 2017 /PRNewswire/ — Gogoro®, a technology leader transforming how innovation is bridging sustainable energy and urban transportation, today announced its Smartscooter™ will be part of the COUP expansion in Paris which will be launched this summer with 600 Smartscooters™. COUP, a subsidiary of Bosch, launched its e-scooter sharing service in Berlin in August 2016 with 200 Smartscooters™ and expanded to 1000 in March 2017.

“We have received a lot of positive feedback for the COUP eScooter sharing in Berlin since launching last August. The opportunity to experience a city quickly, flexibly, and without any fuss on the stylish Gogoro Smartscooters has proven extremely popular. The success in Berlin is motivating us to bring greater mobility to another European capital, so today we are announcing our Paris launch this summer,” says Mat Schubert, CEO of COUP Mobility GmbH. “Gogoro has been supporting with features to make our innovative sharing service even better and more user friendly. We are confident Parisians will enjoy the ease of use and overall experience.”
Paris is one of the most congested cities in Europe with urban transport plagued by traffic problems. It is also one of the top scooter cities in the world so Paris is a natural next step. COUP and Gogoro want to deliver positive alternatives to urban mobility that can be available to all city residents.

“Gogoro and COUP are focused on delivering new services that encourage consumer adoption of more sustainable transportation choices like the Smartscooter. The COUP e-scooter sharing model has been proven successful in Berlin and we are looking forward to introducing it in Paris this summer with the same success,” said Horace Luke, co-founder and CEO of Gogoro. “We created Gogoro to be a technology company integrating innovation and sustainable energy to create new business models, services and products that ignite urban residents and city governments to embrace sustainable energy with the new fuel of the future.”

More than 20,000 Gogoro Smartscooter™ EVs sold
60+ million kilometers ridden by customers
350 GoStation® battery swapping stations deployed across Taiwan
More than 12,000 battery swaps per day
Nearly 3 million liters of gasoline saved, 5.7 million kilograms less CO2 emitted and nearly 5,000 kilograms less NOx emitted.
About Gogoro
Founded in 2011, Gogoro is putting energy into things that matter. With a mission to deliver consumer innovations that will improve how the world’s most populated cities distribute and utilize energy, the company is enabling the transformation of megacities into smart cities. Gogoro is working toward a better future by putting power in the hands of everyone – to move us all forward, faster. 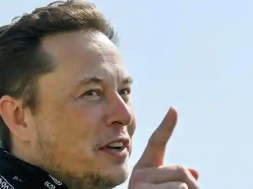 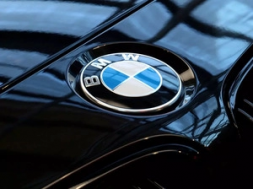