Daqo New Energy Corp. , a leading manufacturer of high-purity polysilicon for the global solar PV industry, recently announced that its board of directors has approved the appointment of Mr. Qiangmin Zhou, the current Chief Operations Officer, as the Chief Technology Officer of the Company, effective March 1, 2016.

Mr. Zhou will replace Mr. Guoping Zhu, who has served as the Chief Technology Officer since October 2012 and is leaving the Company to pursue career opportunities with Daqo Group Co., Ltd., an affiliate of the Company.

First joining the Company in 2007, Mr. Qiangmin Zhou served as the General Manager of the polysilicon business group and then as the Chief Operations Officer of the Company. He resigned from his position with the Company in April 2013 and rejoined Daqo New Energy in June 2014.

“Mr. Zhu has worked for the Company for almost ten years. On behalf of the Company, I would like to thank him for his contributions to the Company and wish him the best in his future endeavors,” said Dr. Gongda Yao, Daqo New Energy’s Chief Executive Officer. “I also want to congratulate Mr. Zhou on his appointment as the Chief Technology Officer. With his extensive experience and solid knowledge of polysilicon manufacturing technology, process and operations, we are confident that Mr. Zhou will continue to be of great value to the Company in his new role.” 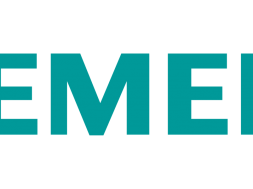